You SHALL go to the Mall…

Dunne’s done, but Johnsonville Shopping Centre soldiers on: TalkWellington takes a closer look at the decade-long renovation saga and what it might mean for the future of Wellington retail. 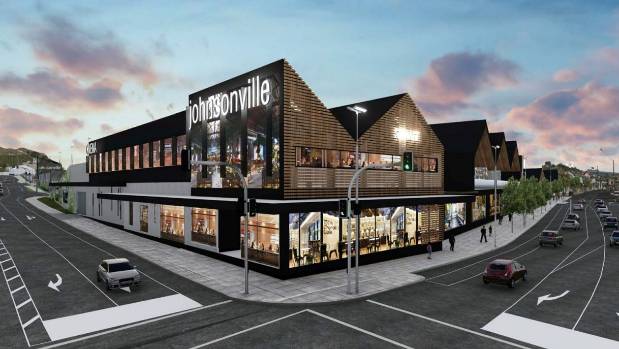 When will the dream become reality for J’ville shoppers?

They’ve been leaching away for a while now. First it was the odd shop that remained shuttered when the others opened for the day’s trading. Then a few more. Then OPSM left in June. But when even Macca’s gives up the ghost, you know things must be bad.

Whither malls, in fact? For some time, noises emanating from larger markets than ours, such as the US and Australia, have not been encouraging: declining footfall, falling owner profits and a general feeling that what was once a de rigeur destination for the trendy shopper is now a rather sad and limited experience.

Even when they are successful, they can generate criticism. The domination of the Lower Hutt shopping experience by the Queensgate mall has seen a steady decline in the patronage of “high street” and solo retailers in its environs. The contrast with Petone, whose mix of mainstream and eclectic standalone retailers along Jackson Street is thriving, is stark.

Of course, it’s Johnsonville Shopping Centre (JSC), rather than Mall, but the semantic distinction must seem pretty inconsequential to the average Johnsonville shopper. The global evidence suggests that the smaller ‘malls’ with their restricted options face the most uncertain future. And as retailers drop away slowly but steadily, the reliability of JSC as a one stop destination that covers most retail needs could fade too.

The messages around Johnsonville’s long-overdue refit do not seem encouraging at the moment either. The owners, Stride Property, have had plans in the pipeline for over a decade. The original idea, weighing in at an ambitious $300m, was certainly a grand design. This gained consent in January 2009, only for the owners to rethink after suffering a hit in the GFC.

Fast forward to 2016 and another consent was issued by an enthusiastic council, anxious not to see Johnsonville’s retail space suffer the more pronounced decline of Wainuiomata’s. However, the Kaikoura quake forced another pause from Stride, as it evaluated its risk exposure in the wake of damage sustained by some of its properties.

The latest delay generated a wave of local indignation, especially when Stride refused to appear at a meeting of disgruntled residents. Greg O’Connor, the Labour candidate for Ohariu, lambasted the unacceptable delay. Stride CEO Philip Littlewood urged shoppers to be patient for a while longer, lest the revamp make Johnsonville just another ‘cookie cutter mall’.

I have sympathy for both sides here. O’Connor has an election to win, and he is right to highlight the exasperation of locals. Johnsonville is a much better connected suburb, by car, bus and rail, than Wainuiomata, whose commercial woes are compounded by the fact it is a cul-de-sac suburb. The potential of JSC as a retail and food hub servicing people from Karori to Tawa is evident. That said, modern retail is increasingly an ‘experience’, where novelty, choice and variety is as paramount as ever. A run-of-the-mill, cookie-cutter suburban mall with a hodge-podge of retailers and generic food courts is as short term thinking as they come. The mix of retailers is particularly crucial: too many smaller malls suffer because they have more than one retailer of one kind, while lacking a retailer in a number of key areas.

Commercial property owners are also more vulnerable than ever to economic headwinds. Stride reported net profits last year of $59m on a total portfolio worth $895m. Even the Mark II development of JSC, at the lower cost of $160m, represents a significant funding hurdle, given lenders might easily be spooked by a slew of departing tenants, earthquake compliance issues and the host of other challenges which currently confront mall owners.

This leads to tough conclusions for eternally cash-strapped councils. How might local government come to the party with development costs when there is so much downward pressure from ratepayers? The value to Johnsonville of a revamped Shopping Centre is as clear as the value of its proposed new library, but that doesn’t alter the fact that council largesse is heavily constrained by voter sentiment.

There is a deeper problem here, of course: the seismic shift towards online retail in NZ, driven by the high costs of a small, isolated economy and the sheer spectrum of choice available. There are creative solutions to this which I will explore another day, but right now, getting just the right development for Johnsonville Shopping Centre, and sooner rather than later, could well be a litmus test for the viability of the smaller suburban mall in NZ.

How do you feel about Johnsonville and its mall – and others?

Is shopping one of your top leisure activities?

What else would bring you to your local mall or town centre?

4 comments on “You SHALL go to the Mall…”