Have YOU been passed at speed by someone on a scooter or an Onzo bike? Are you worried about the LATEST INVASION threatening children, the old people, and law-abiding citizenry going about their business on footpaths?

The news has been full of harumphing about lime e-scooters and Onzo bikes of late.

Should you be, like Dog and Lemon Guide guy, “shocked”, or alarmed by the workplace safety campaigner saying “someone’s going to die”?

In short: Yeah nah. Here’s what it boils down to

THREE reasons to Yeah Nah to this furore

1. Our safety IS under siege! But not by e-scooters and dockless bikes.

for 60+ years, people – that is, “fresh humans not canned humans” – have been the afterthought in our road design. “Here’s the road we’ve designed to cater for X volume of traffic now and in the future, we meet all the standards for safe and consistent vehicle movement.” … … … “oh and by the way, we should try not to let those silly fragile unpredictable humans kill themselves.” Commentators are absolutely right: footpaths have been under siege, but it’s from the last 60 years of car-centric investment. That’s left us with this: 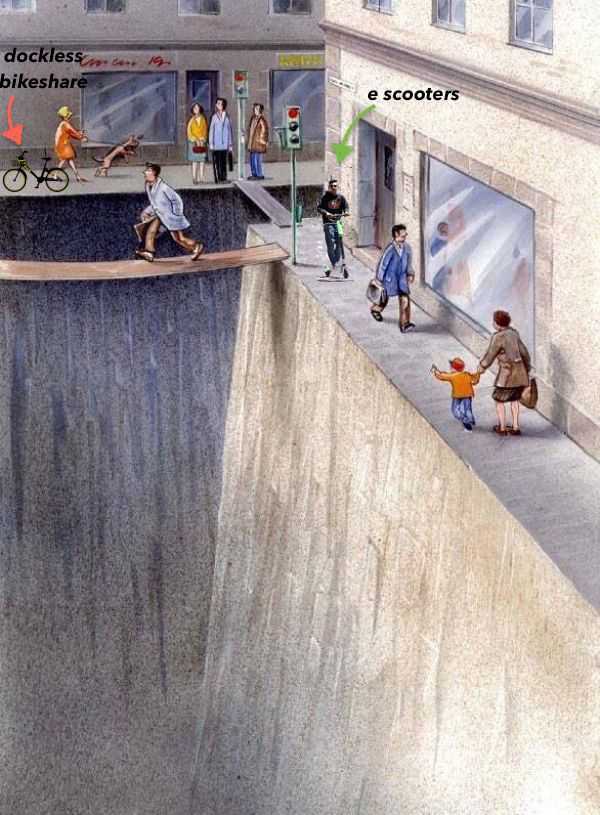 Our streets are Hunger Games arenas where the overlords have made it so all humans moving under their own steam must fight amongst themselves for the last remaining scraps of the space.

2. Yes people will be dorks when on wheels. But let’s keep perspective.

But given that whatever vehicle they’re using (including feet) some humans will be dorks a lot of the time, and most humans will be dorks occasionally, what vehicles should we be getting exercised about – writing to your local MP or whipping off an outraged post on social media?

What should we be angry about?

There’s a type of wheeled vehicle – in motion and parked – that makes human dork tendencies actually maim, kill, and trap people in their homes to keep themselves safe.

There’s a type of wheeled vehicle that’s the overwhelming suppressor of some essential Kiwi rights.

Rights to enjoy their streets – to confidently send the kids for a popsicle – to get aroundunder our own steam for short trips, getting the incidental exercise that’s a free “wonder drug”.

What’s that vehicle type? You guessed it. 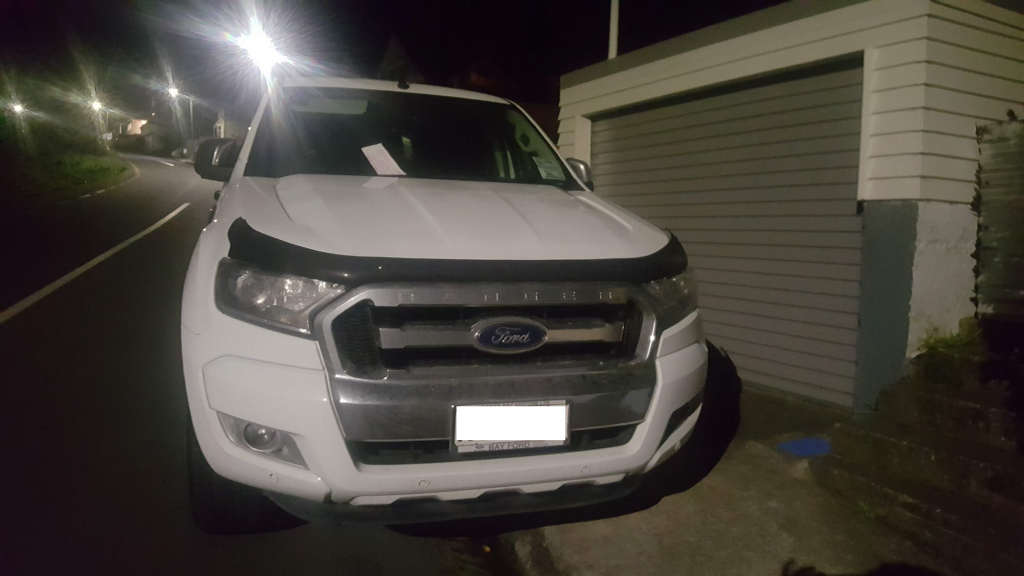 It’s motor vehicles, folks – automobiles. Those things we love, around which we’ve been encouraged to build our lives – and around which our neighbourhoods, our suburbs, our cities, our streets – even our houses – are now built.

3. Putting the safety burden on the victim is stupid

If the commentators have their way, this is what we’ll end up with. 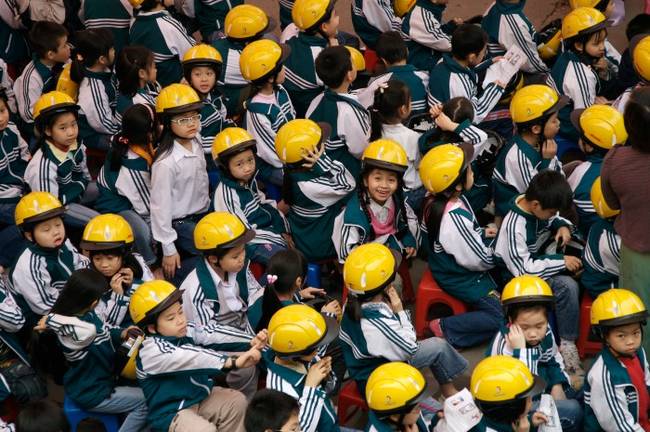 Kids about to go… walking. For real.

At what point do we say “having to protect ourselves against cars is cramping our style. And cities are for people to do stuff, not for cars to rule”?

We need to assert our rights to be able to be human on our city streets, without having to bear all the burden of protecting ourselves against the machines.

So sure, get exercised about e-scooters and the like if you want! But here’s what’ll make the difference.

That’s what will get real results.

But meantime, if you’re on wheels – like at this weekend’s Open Streets Day – and feeling the urge to slalom between people walking… there’s one simple, beautiful thing that lets us all get along.