This week: a big idea that’s new to Aotearoa but that’s much older news in other cool countries.

“Let’s just try not to kill anyone eh?”

This is the essence of the Vision Zero approach to a transport system.

You’d think it was the common starting point for anyone building stuff that caters for lots of humans driving big heavy things that go fast.

But NZ’s geeky transport planning, engineering and advocacy communities are abuzz at the moment with talk of this “innovation” in which Sweden is leading the way.  The new government seems inclined  towards adopting it, but as a nation we’ve been quite accepting of our terrible road toll  – so generally willing to sacrifice those lives (as well as forego the public health, social and economic benefits of more human-centric streets).

“Most countries focus on creating the perfect human, but we think differently – we have created a system for the humans because people aren’t perfect. We have to accommodate for all sectors of the population, from children to the elderly.”

More on Vision Zero from Citylab, and a good number of Kiwis not getting it in Greater Auckland’s comments threads. 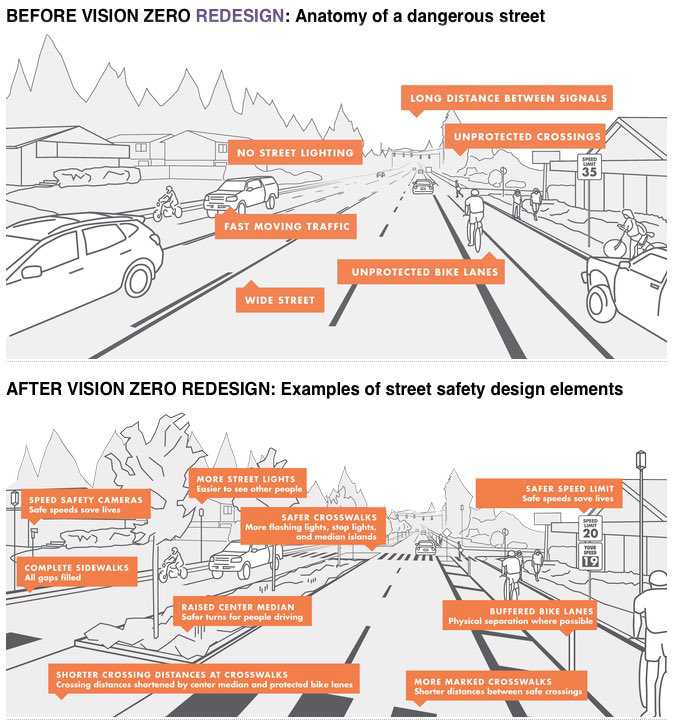 Does the top picture remind you of some streets or roads you know? Would your town or suburb work better for people if it was Vision Zero’d a bit?