Greater Auckland looks at the Herald’s report the NZTA is considering introducing tolls on several roads under construction, including Transmission Gully and the Petone to Grenada link.

It looks at how we assess the value of major roading projects, including travel time savings, availability of alternative routes, and existing volumes of traffic.  The piece speculates that the cost-benefit ratio for some of the major roading projects currently under development might not be stacking up as firmly as the did during the planning stages.

Stuff has reported on what it calls a “withering appraisal” of the proposed Petone-Grenada link road, conducted by a team of experts, which reportedly found a previously unknown splinter faultline in the area, and that the road would cost far more than anticipated, among other issues. NZTA’s work on the project stretches back to 1995, and Stuff indicates that $18m has been spent thus far.

Do you live in the areas that would benefit from or be affected by the planned road? What do you think of the latest? 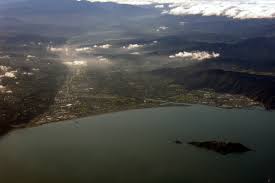 “Cities should be about people”

Paperboy’s interview with Landscape Architect and Urban Planner Rachel de Lambert, published on Noted on 21 December has a lot of salient points for thinking about the future of Wellington and our wider region’s development.  “We forgot in a planning sense that cities should primarily be about people”, de Lambert says.

She touches on the importance of building intensified residential areas around transport links, and re-merging some important natural features like streams with our urban environments.

Urban planning and sexism – have we got a problem?

Katrina Johnston-Zimmerman of NextCity delves into the dominance of male voices and influence in urban design and planning, in her piece “Urban planning has a sexism problem”.

Although urban planning (and its text books, leaders and conference speakers) is hardly a lonely field in still being disproportionately male-dominated, Johnston-Zimmerman asks us to think about what kind of difference a greater gender balance would make to our cities. “There is a gap in representation, a gap in recognition, a gap in leadership – all of which can impact the way we live our urban lives.” 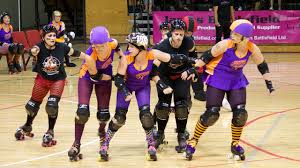 “All Wellingtonians should be leaving their mark on the city”

A new look for social housing in Tamaki

Earlier in December, Stuff did a piece on a new development of mixed state and private housing in Tamaki.   Tamaki Regeneration has built a mix of types and sizes of housing, designing with community interaction, privacy, ventilation and natural light in mind.  The development is also greater density, with 7500 homes now sitting on much smaller plots of land. The company also provides housing support for first-time home buyers, and seems to have taken a long-term view of the project.

Is this the kind of approach we’d want for Wellington?