They’re baaaaack!  This coming week, students are pouring back into  our region’s universities, polytechs and training institutions.  Yes there’s more raucousness, but as Beth Goodwin observes, these populations are generally good for our towns and cities.

Students are a huge part of this region’s life – not surprising, with 16 NZQA-accredited tertiary education institutions  in Wellington, plus one in Ōtaki, three in Porirua, a dozen or so in the Hutts.  With students heading back to study soon, it’s interesting to look at how big learning organisations – and their “mini towns” of students and staff  – are incorporated (or not) into cities. 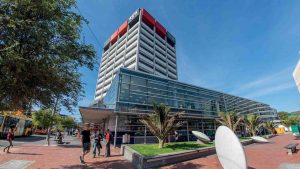 After the post-war trend to plant them out in the leafy suburbs (think Canterbury and Massey Palmerston North), the race to offer students a more real world university experience means more unis are moving downtown (think our own Victoria University’s Rutherford House and WelTec/Whitirea’s Te Auaha performance art school).

Partly this is due to student demands not to be shut away in an ivory tower, but in the heart of the government, judicial or business sectors where they want to end up. And, of course, nearer to nightlife and the liveliness of a city.

Towns and universities are both trying to reap the benefits of engaging students with the non-student life  of a city: for example  the community too: in Phoenix, Arizona,  law students are actively encouraged to work with disenfranchised locals. Christchurch’s famous Student Volunteer Army channelled the concentrated skills, community spirit and energy of local students after their quake and is going strong years later. 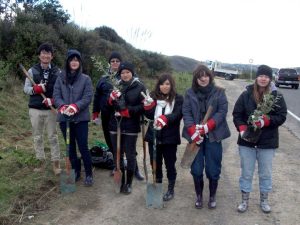 There are other signs of universities becoming more integrated with their communities too. Universities are repurposing other buildings rather than bowl-and-build. In some places this involves sharing facilities with the non-student public: Worcester has a shared public and university library, The Hive.

And social design also explains why the mediaeval universities had so many walkways, quadrangles and puzzling cloisters: they were “bumping-into spaces”, designed to encourage social interaction. An old idea worth keeping.

And lastly, universities and polytechs are helping urban design to stake its claim as an integral element of towns and cities’ planning and investment – alongside the more “established” professions like infrastructure and traffic management.  And let’s continue: after all it’s urban design that we can thank for the great public spaces like Wellington’s waterfront.