This week TalkWellington’s had a mole at the Asian Pacific Cycle Congress (a gathering of bike-geeky types talking about how to get more people biking), held in Christchurch/Ōtautahi.   We’ll distil the most interesting morsels for you later, but for now: things that struck us comparing our Wellington region towns and the Garden City.

When you’ve demolished a damaged building, the first thing to colonise the site (even before weeds) is… parked cars.   A carpark seems an obvious use for an empty, gravelly flat bit of land… but given the economics of central city land use (spoiler: carparking is a terrible use of CBD land), this use of city space is not something you want to see proliferate or become permanent.

So it’s weird to see claims that there’s a parking shortage, and Christchurch City duly celebrating the building of brand new permanent carparking buildings in the CBD and reinstating street parking to the detriment of bikability.  Has the council or Gerry Brownlee decided that the laws of transport economics won’t apply in Ōtautahi? 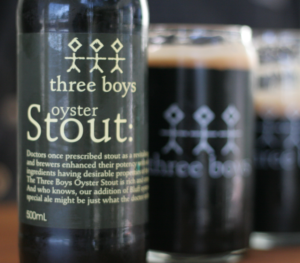 This is the “hipster trinity” that apparently makes your city attractive to highly-educated, trendy entrepreneurial types (good for the urban economy).  Christchurch-Ōtautahi’s coffee and beer scenes have leaped ahead of late – obviously not rivalling Wellington’s but giving us a run for our money, especially coffee.  Cycling? If you’re not on some cycling infrastructure (*envious sigh) the driving culture is still scary, and the infrastructure is an uphill battle. The cycling scene is diversifying (a transport-focussed bike shop now exists) but they haven’t Wellington’s variety of different, independent groups doing fun and beautiful stuff.
Whew.  We’re still superior on two of the Hipster Trinity, at least. 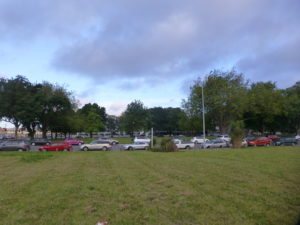 Nice, medium-density inner-city residences were an important part of Christchurch’s Recovery Plan (an Accessible City, Liveable City,) including the lovely Green Frame concept.  It makes sense: more people living in the city enables a multitude of other good things: better public assets (nicer parks, better public transport), a livelier provider market for everything (food, drink, entertainment), more diverse people to interact with and expand our minds…    The glorious Margaret Mahy Playground is in. But where are the homes?

There’s only recently word that things may soon be built, and meantime it feels as James Dann calls it: “… the limit of our ambitions is to create a bustling 1960’s agricultural service town – Timaru, but with a university”.  Will we do any better as we try to get the benefits of greater density in Wellington?