Catching the bus now feels more stressful and less useful. Guest poster Helena Bailey is back – and she’s fuming. Why, after “improvements”, is it now harder to get home from the city at night?

It’s 11 on a Friday night and I’m stuck in central Wellington.

It’s been a nice evening – a drink, dinner and a movie – and, amazingly, I didn’t fall asleep in the cinema. (Honestly, sometimes I think I’m just paying for an expensive nap.)

It’s time to hit the hay. My own bed beckons, in nearby Ngaio – as the crow flies, pretty close to the city.

I used to be able to get a bus from Courtenay Place outside Reading Cinema right up until 11:45. 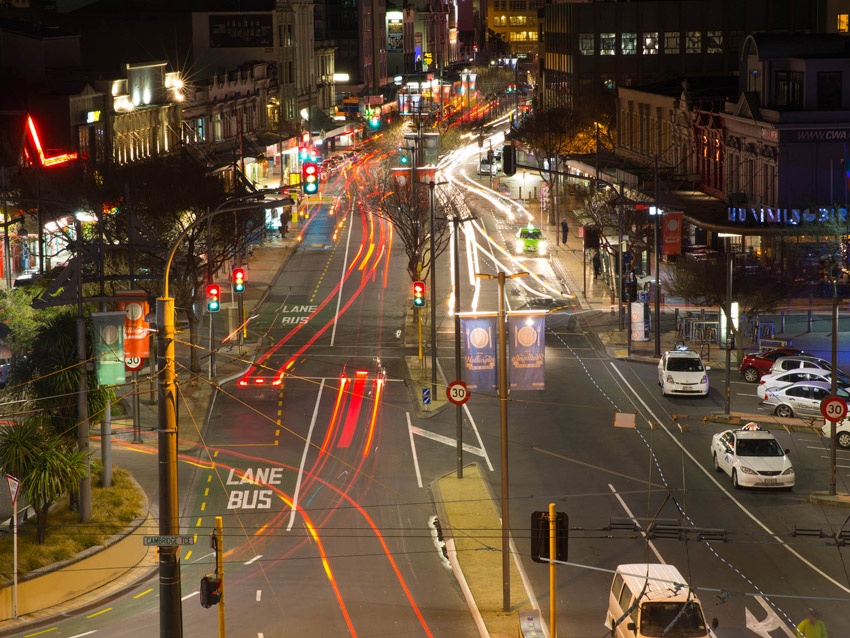 Now, with the major “improvements” to the public transport services?

Now my boyfriend is desperately searching the Metlink app. The last bus to Ngaio left at 10:20 from Willis Street. 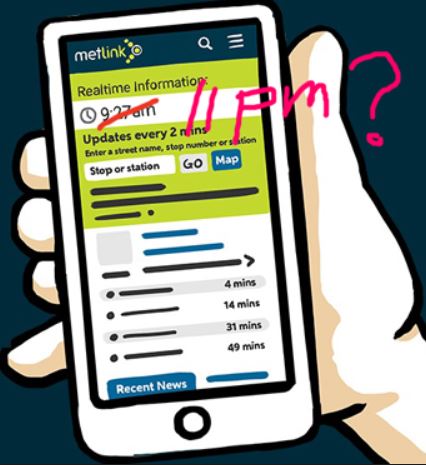 I could get the night bus but that doesn’t start until 1am – two hours of killing time on Courtenay place? No thanks. And my stop is last – who knows what time I’d actually get home.

Trains are every hour even on a Friday evening and I can’t teleport to the station for the 11:02 train. So I’m left with waiting until the midnight train. I just want to go home. So does my partner – it’s been a long week and we’re done with town now.

Expletives, tears, storming off and my partner less-than-helpfully commenting: “I bet you feel stupid, don’t you?” because I’d assumed when I started my evening that Metlink had my back even with the changes, and I hadn’t checked the new timetables.

No, I don’t feel stupid, for once. I’m actually thoroughly hacked off.

Public transport is supposed to make life easier not harder – it’s a foundation of a livable city.

But now Metlink has cut me off from one of the closer Northern suburbs, what’s a Wellingtonian to do?

Cabs and Ubers are beyond the limited income of this freelancer. We decide to take a bus to his house in Brooklyn (why do Brooklyn buses get to keep running until 11:30?) and he’ll drive me home. My partner has to go out of his way to ensure I don’t end up cold, miserable or poorer (or all at once) – all at the end of a perfectly nice, normal evening in town.  .

The bus and car ride are a bit tense. He’s grumpy, and my brain is racing.

I should have driven in tonight.

In other words, I should have left work at a reasonable hour to take the commuter bus home to Ngaio first to then drive back in to the city to avoid the 3-hour bus gap. Maybe I’m being too precious about the backwards and forwards, the time wasting, the adding to congestion, my own petrol costs, and carbon emissions.

Perhaps I should only go out on weekends?

Nope! Still no easier to get in and out without a car – in fact, worse. The weekend transport choices from Ngaio are particularly rubbish. The train is only half hourly. The back streets are better served by buses than the main drag (Kenya Street residents only get a direct bus on weekdays at peak hours and any other time we have to walk and sometimes walking hurts).

So here we are, with “drive into town to enjoy the city” being the most practical option.

But I don’t want to drive in.

I want a public transport system that means I don’t have to rely on my car so much. It’s our nation’s second-largest city. Leaders have been banging on about reducing our emissions, and being healthier, and sustainable travel choices, and blah blah blah for decades now. Let’s Get Wellington Moving is all about this stuff (allegedly). Wellington, the coolest little capital, should give its people good options to get from work to home, to school, to the movies, not force us to use our cars. The Instagram-worthy #WhyWellington we spout on to our mates elsewhere should be be running like a well-oiled machine. Instead it’s sputtering, rusted, clogged and – from where I sit in my partner’s car at 11.30pm – even more in need of a change.

I hope the introduction of parking fees on the weekends will mean more money and effort spent on creating something that actively encourages people into the city without using their cars.

Not too much to ask, is it? I can dream right?

Okay, if half-decent bus and train services are too aspirational, what about a zip wire from Ngaio to the centre of town – that’s clean and efficient! Perhaps it could put us on the adventure tourism map? 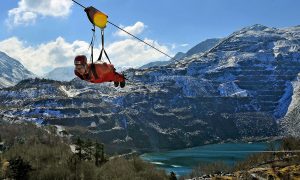 Probably not all that practical!

Or with our hills galore how about some of these?! Could we get one with a bike rack under the seats? 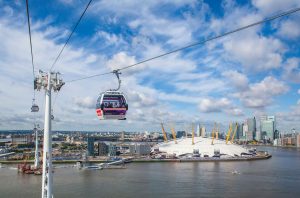 Perhaps I’m just an impatient traveller, a bad planner, someone who’s asking too much?

Or have I just failed to get the memo that Wellington, New Zealand will always have the transport choices of a small wheat-belt American town?

I have all the best intentions but our system won’t let me act on them. I believe in walking and public transport (and biking for others), but my car usually seems to be the best option.

Can we re-imagine better ways to get around Wellington?

I would love to see Wellington become a car-free city, freeing up current parking spaces and a creating a better experience in and around our streets.

Let’s kick our creative Wellywood brain into gear (pun intended). I imagine monorails (and songs about monorails), trams, buses, trains, cable cars, a skyline – anything and everything running regularly until the early hours, reliably, consistently, cheaply and environmentally friendly-ly.

Wellington should be topping the Arcadis Sustainable Cities Mobility Index. Or at least attempting to. 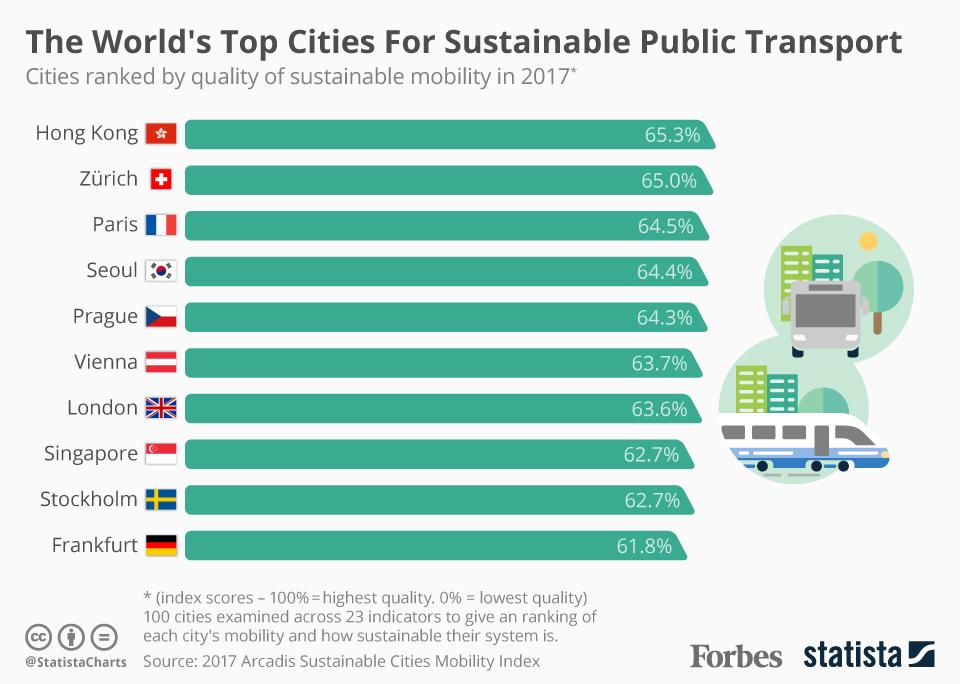 But back to my Friday night (‘cause this is all about me).

After a bus ride the opposite direction from home, an intense car ride up the Ngaio Gorge, and an hour of arguing (yes I’m grateful, no you don’t have to lecture me about planning my evening better, yes I think it’s reasonable to expect more from our public transport), I’m finally in bed. I’m exhausted and with a new resolution. If I’m going to be out late in the foreseeable future I’m just going to have to take my car. It sadly seems the only way I can be sure I won’t be driven crazy.

What do you reckon? Not everyone can afford to hail Uber. Or own their own car.

How do you get in and out of Wellington late at night?

Or perhaps a fancy Wellington cable car that could carry bikes too?

Do you have any other fancy or fun transport ideas? Do you car share?

2 comments on “Driving Me Crazy”