Have you seen TOD?

Guest author Guy M reckons Wellington could do with a nice strong hot TODdy. [Editor’s note: the author was not responsible for the pun in this tagline.]

When towns and cities around the world get a little tired and frumpy, a little down at heel or lethargic, it can be difficult to get them back up and running again. People, of course, are the life-blood of a city, and the more of them you have, and the happier and more engaged they are, the better the city does as a result. If those people are stuck in traffic on their way to work, or stuck at home without a job, then misery ensues. While some governments think the best thing to do is to build more roads, to speed them on their way,  that seldom works.

More roads just encourage more traffic, and then you’re back to square one again, but now with even more people grumpy in their cars. 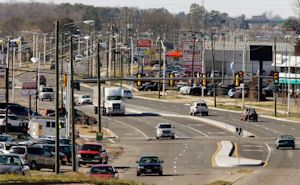 Big roads in Richmond. Not a place you’d want to hang out or spend money.

Plus, the bigger those roads, the less anyone wants to be near them. It is the classic Catch 22.

There is another way though. A way to encourage a city to feel good about itself, to free up the roads and to get people off the road at the same time. TOD.

TOD. Have you heard of this expression before? Short for “Transit Oriented Development”. It has been a buzz-word for the last decade or so, but often hasn’t reached the eyes and ears of the general population, particularly in cities like Wellington where we have had a very low level of both development and imagination regarding Transit Hubs. I’m sure you will be hearing a lot more TOD-talks in the future.

The thing about TOD is that it is a brilliant way to rejuvenate a city. It primarily involves putting a completely new system of public transport through the city, providing an alternative to driving. It usually involves light rail or subways or heavy rail or trams, creating a lot of opportunities for everyone. Some old stale buildings are taken down and spaces created for stations. The great thing is, every time you have a station stop, there is this great opportunity for enterprise and employment to arise. New shops cluster the immediate environs. New businesses relocate near the shops. People seek out apartments near the station, so that they can be only, say, three stops to town, or four stops to the airport. You simply do not get the same attraction to a bus station.

The thing is, no one really wants to be living or working right next to a bus station. Buses are loud and polluting, and dangerous and scary to encounter on the road. Especially Wellington’s narrow roads. No one wants to live on a bus-lane, nor do they want their business to be fronting onto a busy bus-lane either. People advocating Bus Rapid Transit seldom acknowledge that buses are largely un-liked, both by their riders and the other road users. We’re told that electric buses are nearly here, are just around the corner, are almost on the horizon – but to be honest, the battery technology to reliably and continuously power a large heavy lumbering thing like a bus, just is not here yet. And certainly, no one is jumping up and down to build TOD next to a bus lane in Wellington.

There are other means of public transport, of course, and the vehicles with steel wheels and tracks tend to be much more popular with the public. Whether it is light rail or heavy rail or trams or trains, the key thing to note is that studies have shown that people prefer rail as a means to travel. The other great thing with rail is that it means one thing: it’s a great opportunity for more TOD.

TOD has been the reason many great cities became great. Take London.  You may think of London as a big old city – but it is not really. While there is a tiny core of what used to be Londinium back in Roman times, most of London was built far more recently, and indeed was only made possible by the advancement of the railways. The London Underground especially has a wonderful role of creating London – both in the past, but also, increasingly important today. 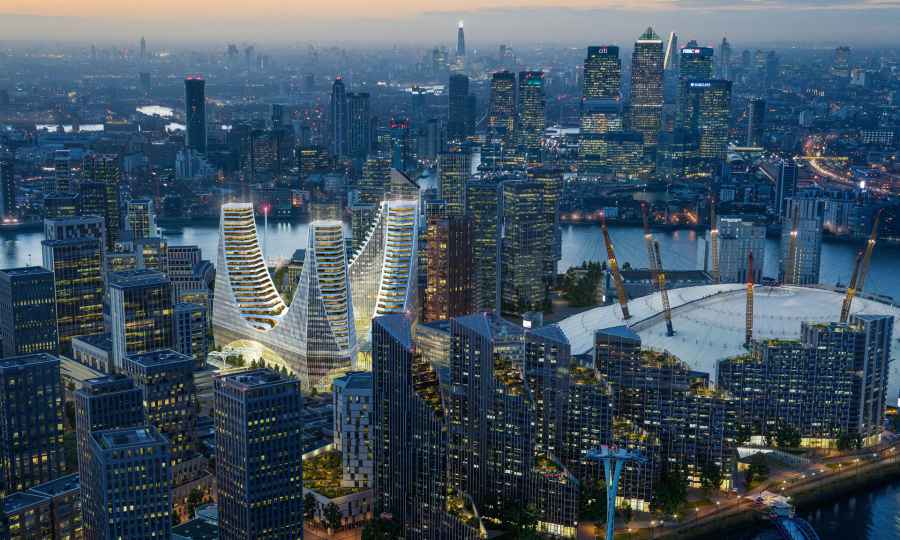 The Jubilee Line extension in the 1990s (opening at the start of the 21st century) was a huge boon for London, rejuvenating district after district that were formerly only served by buses, if at all. The new Jubilee Line stations were a catalyst for immense growth and jobs creation, as well as new housing, new offices, new life in the city. The new Crossrail project (to be called the Elizabeth Line) is having the same effect and it hasn’t even opened yet. All over London, developers are seizing the opportunities to build new apartments and offices and shops and generally upgrade the areas near the Crossrail station sites. 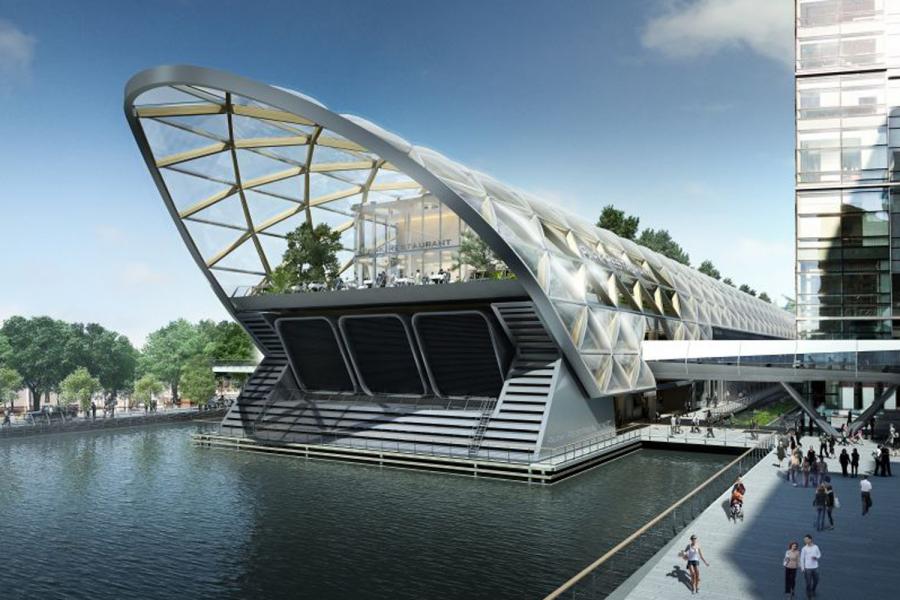 Exciting new Crossrail station at Canary Wharf – the line itself is running below the water in the old docks, deep underground

Hong Kong is another great example – it’s one of the most successful and invigorating cities in the world, built on the edge of a great harbour, just like Wellington. Unlike Wellington, it is also one of the world’s busiest ports and lies on the path of the world’s biggest trade route – from China to the World. We’re a little bit smaller than that, but there are still things we can learn from Hong Kong. Prime among this is that Hong Kong has an extremely low rate of car ownership, and wants to keep it that way. Just like Wellington, they have limited amounts of roads, and no room for extra cars. Instead, they have a well-developed public transport system encompassing ferries, buses, double-decker trolley buses, a very steep cable car up to the Peak, an enormous number of taxis, and of course the crème de la crème: the underground Mass Transit Railway (MTR), one of the best in the world.

What the Hong Kong government has found is that it can be immensely profitable to developers to develop the land around a station. In fact, while the HK government constructs the actual rail line, they sell the rights to develop the land to the developer, who then makes money by building shopping centres, offices, apartments, all tied into the success of the train line below. If you build a city of 50,000 people living directly above the station, then there is a captive audience of consumers right there, as well as everyone else that passes through.

HK is currently building a super-fast train line direct from Hong Kong into China, and so that means that the stations along that route will have a potential pool of… well, millions, actually. 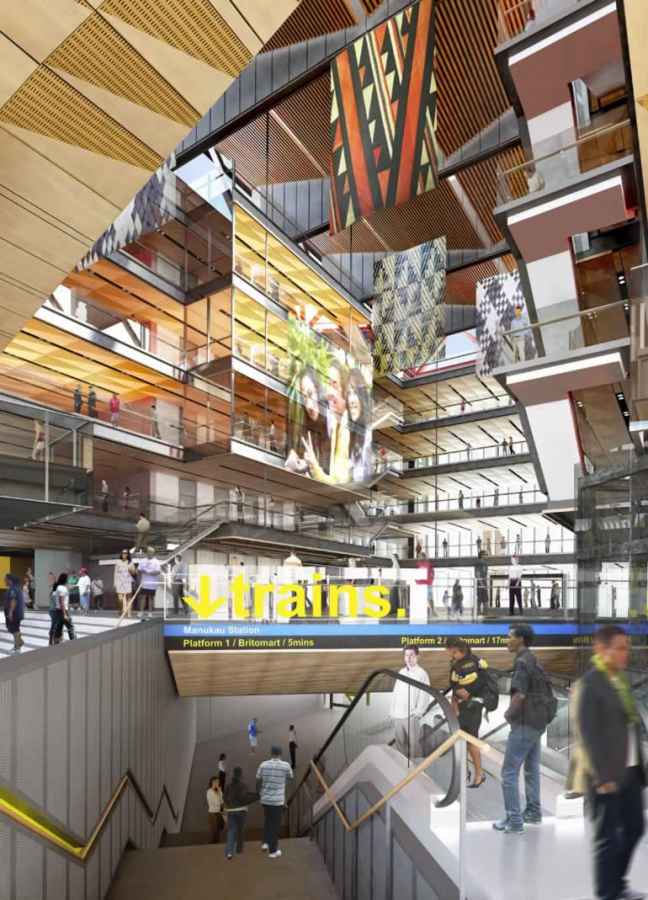 Of course we need to do things on a smaller scale here. Smaller even than Auckland. The sort of thing that is likely to happen in Wellington, if we get a Light Rail system on the cards, is that there will be some big changes to parts of the city that are currently seen as nowheresville.  Take Adelaide Road for example – a sorry state of affairs with not much going for it as it passes from the Basin to Newtown. It is a commuter transport corridor only, with just a few businesses and many broken down buildings. Closed pub. A storage company. Petrol stations. A pizza bar or two, and the world’s worst scumbags: money-lenders, catering to the poor and the needy. Not a destination, or a desirable place to live, despite being only metres away from the luxurious home of the Governor-General and her husband. 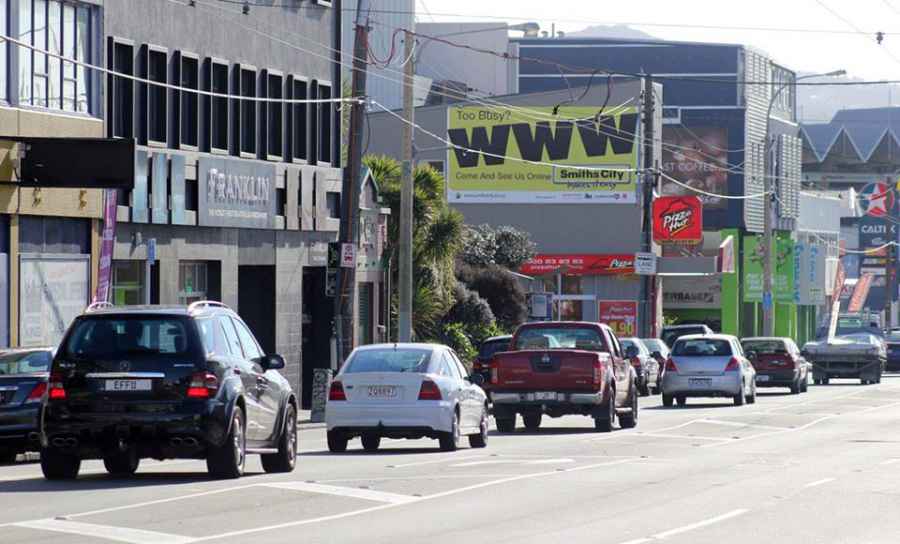 Adelaide Road, as it is now

But that would likely all change if Light Rail was put through the city and down Adelaide Road. The pub would re-open and become a desirable venue for a burgeoning foodie market. The petrol stations would probably shut down as people would change their mode of transport and catch a tram into town each day. For sure, the storage company would leave their building and new buildings full of desirable apartments would spring up in its place. The city is already planning for and hoping that this will indeed happen (have a look at the WCC Urban Growth Plan – page 35). All it needs now is action. 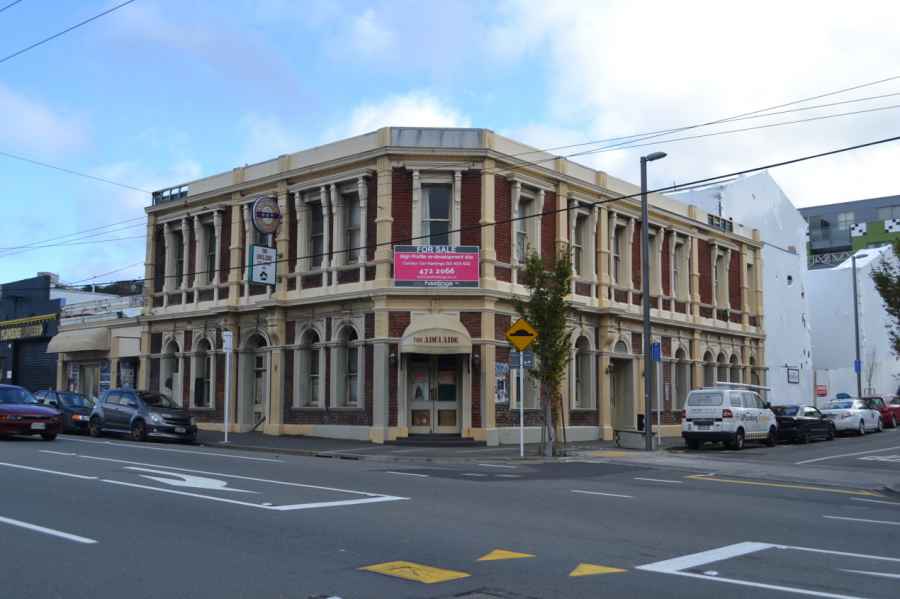 That’s the thing with TOD in a city- it vitalises the parts it touches. Likely end result: lots of growth in the inner city, lots of new apartments and lots of people taking the tram / Light rail into work. Lots more development, oriented around shiny new, safe, reliable, fast, public transport. I see that as a vision for our city – do you?