NZ urban design: We can do so much, much better say the professionals

Change is a coming in the form of this new Ministry. Will it take on board new ideas? Urban design professionals say we need new ideas and fast – will they be listened to?

At the same time he has also received two sets of proposals this month that pitch ideas for better frameworks for urban design to add to the mix.

Following on from the Urbanism New Zealand conference held here in good old Wellington on 14-15 May 2018 (links below), the NZ institute of Architects (NZIA) was first off the mark with its five proposals for the built environment.

The NZIA’s five proposals in a paraphrased short form are:

2. Just as the Government appoints a Chief Scientist and Chief Technology Officer could we have a Government Architect accountable directly to Jacinda and Phil? (Pretty please).

3. Let’s bring public sector risk and procurement practice into line across all agencies and departments and move towards a longer-term, value-based approach. (Let’s start managing risk for the “greater good”.)

4. For goodness sake can we have a design-infused National Policy Statement on Built Environment & Infrastructure to provide a clear regulatory position for decision-makers, industry and communities on the Government’s agenda and expectations. (Pretty, pretty please).

5. While we’re at it can we [please] also find ways to lower the hurdles to investing in our built environment and infrastructure. (That’s all!) 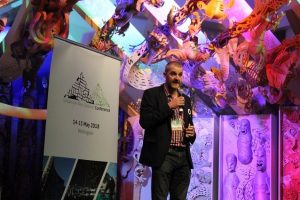 As declared by NZIA it wants to support “a new connectedness between government departments, institutions, agencies, professions and the public, and wants to support KiwiBuild by taking a leadership role on issues of architecture, design excellence and the built environment”.

Added to this, the organisers of the Urbanism New Zealand event convened a post-conference workshop of 22 delegates who have just released their own five proposals today, seeking:

2. A national policy statement on Urban Form (Urban Design) to be incorporated within the RMA.

3. A national design review process to include monitoring of critical and sensitive projects and programmes such as Kiwibuild.

5. A coherent, integrated and ambitious design response to climate change.

Spokesperson Gerald Blunt says these are the logical and compelling responses to the problems of poor planning and poor urban management identified at Urbanism New Zealand.

Blunt: “Our cities and towns are already increasingly unaffordable, they suffer from a lack of spatial planning and they are generally unhealthy. The economy is suffering because of poor planning and urban design with planning systems that are overly complex and legalistic. Our strong view is that New Zealand’s ability to develop resilient towns and cities, to a world-leading standard, is dependent on better urban design to generate positive effects for the natural environment, the economy and public health.”

Commendably, the Statement on New Zealand Urbanism in New Zealand issued today by Blunt and crew also draws attention to the slavish modelling of our towns and cities on global prototypes and images.

It states: “We have an obligation to use the urban environment to tell stories about our own part of the world. This history can be sourced from tikanga Māori, pākehā heritage and the integration of other migrant cultures.” 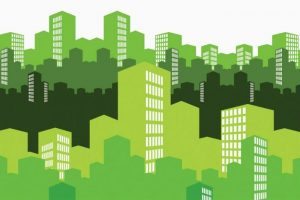 In essence the proposed aspirations of NZIA and Urbanism New Zealand are strongly aligned, if not complete doppelgängers. Being the village of New Zealand it may be they didn’t even swap their reckons that closely.

The Urbanism New Zealand group, with its Urban Design Forum cross-over, wants to see a new national technical advisory group for central and local government to be formed as a national urban design committee first rather than as a more high-falutin panel.

That said, they would also like it to morph into a permanent government design agency akin to the UK’s touchstone Commission for Architecture and the Built Environment (CABE).

Both these groups, driven primarily by expert professionals, are now on Phil Twyford’s case to chase down face-to-face meetings to get these proposals pre-loaded into a joined-up programme.

The NZIA’s call is for an “urgent meeting of stakeholders from the finance, community, housing, developer and government sectors to discuss products and packages that could be developed or modified to support KiwiBuild and/or other infrastructure investment.”

It has expressed a concern, for example, that prefabricated housing solutions have often been unnecessarily delayed or subjected to additional costs because they differ from the traditional way of delivering housing.

Within its proposals the NZIA has singled out the publishing of the Rebuild Programme of Work as one of the success stories to come out of Christchurch, because it set out estimated project costs, timing, sequencing and responsibilities across all large public sector service providers in the region. Related to this the NZIA is encouraging Phil Twyford to publish a public sector Programme of Work for all of New Zealand.

The NZIA has also noted that the Australian Government committed earlier this year to establishing a National Housing Finance and Investment Corporation  to operate “an affordable housing bond aggregator to encourage greater private and institutional investment and provide cheaper and longer-term finance to registered providers of affordable housing.”

It apparently wants this sort of option to be put on the table here too.

And why not? Over to you Phil. No pressure, much.

For more context about the Urbanism New Zealand conference you could visit these sites:

3 comments on “NZ urban design: We can do so much, much better say the professionals”