Guest poster Becs Tetley is bothered by bullishness on the roads and wonders if we could all just cool it in our cars.

We’d had a wonderful evening, my partner and I. Because our lifestyles are so different – me a 9-5 public servant, him an evening musician – we don’t often get to see each other during the week. But this morning was an exception as I woke up nestled beside him. What a beautiful way to start my day.

“Thank you so much for the ride to work, sweetheart. It’s such a treat to see you in the morning,” I said as he pulled up to the kerb. “My pleasure, I hope you have a great day. We’ll chat later.” He pulled me into a kiss goodbye.

I grabbed my bag and turned to open the door, ready to start my day from this place of joy and happiness. Could this day get any better than right now?

“Fuck off mate,” my partner yelled out the window at a car who was tooting at him to vacate the parking spot. I swung round in a state of alarm to find the man I love replaced by someone I didn’t recognise. I looked at him with a small smile, my eyes pleading for him to return to the man he was seconds ago. This is a man usually brimming with patience and non-judgement. A man that has taught me so much about giving people the benefit of the doubt. But he was gone, caught up in a split-second shift into road rage, and I knew it would be a long while after we’d parted that he might return to that man I know so well, the one seemingly incapable of such ferocious anger. 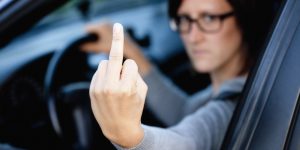 Last week, I was catching up with a girlfriend over coffee. I asked after her boyfriend, and she frowned with a heavy sigh, “I don’t think I’m going to let him drive my car anymore.” She proceeded to tell me how he’d refused to let someone merge into the lane for no other reason than he didn’t feel like it. They started fighting and it wasn’t until she was crying that he realised how affected she was. He apologised, said he’d try not to get angry anymore, but it hadn’t really stuck. It was a daily occurrence now. “He’s not even really conscious of it when it’s happening,” she went on. “So, I won’t let him drive my car. It’s not worth the argument or me feeling like crap the rest of the day.”

I paused wondering how prevalent this issue was. I Googled “road rage Wellington” and just in the past month, people had been arrested, car windows had been smashed in, there were faces punched. Is this the same Wellington I live in? I know it’s not just the boys, too. One of my girlfriends gets infuriated when people drive under the speed limit. Her partner is the one who needs to placate her as they climb hills at a lesser pace than preferred. 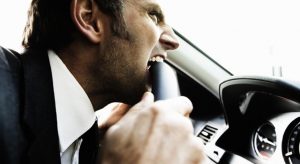 I’ve always felt this was a city of reasonable people. In fact, I’d venture to say that Wellingtonians are some of the friendliest people I’ve ever met, in New Zealand and around the world. The Wellingtonians I know value and nurture diversity. We are artists, creatives, public servants, IT specialists, filmmakers, students, families. We are people born here and recent immigrants. Wellingtonians are so healthy I sometimes wonder if I’ve gatecrashed a marathon by the sheer number of people running along the waterfront at lunchtime. 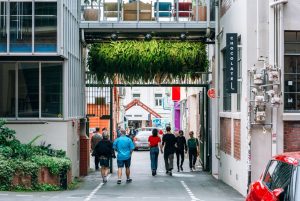 So what is going on when we get behind the wheel and stop being human to each other? The anonymous driver becomes an enemy far quicker than they become a friend. Are we all secretly harbouring a seething anger just below the surface? Is there a way of releasing this pent-up aggression in other ways that are less destructive than using our half-tonne vehicles as armour to fight our daily battles?

We’re less civil when we’re in cars, contained in our anonymous bubble; perhaps let’s give ourselves a chance to be more human by staying out of them?

What’s your experience of road rage? How could we curb our rage – kick it to the kerb?

Or do we just need to do anger management training when we get our driver’s licences?

Sound off in the comments!