The week that was: On the buses

Following on from all the sound and fury associated with the early weeks of the transition to the new Metlink Network, stories about the performance of bus routes had a comparatively quiet news week last week (with Monday’s print edition of the DomPost remarkably absent of any bus stories at all).

One of the few stories appeared on Wednesday when DomPost journalist Damian George reported that Wellington’s bus woes were continuing, “with one running out of fuel mid-route, while another was driven up the wrong road and abandoned”.

On Thursday members of Re-Volt Wellington, the campaign for a faster transition to electric buses, made the front page of the Cook Strait News with the revelation that as few as 3 of 10 electric buses are being charged to run on electricity so far. Re-Volt is planning to hold a meeting on this and other issues at Newtown Community Hall on Sunday 12 August from 5pm.

Salient, the longstanding alt-student publication funded by the Victoria University of Wellington Students Association has also covered the public transport changes in its latest issue. 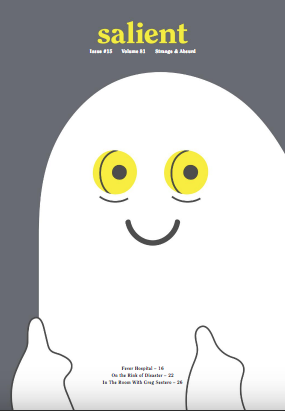 Editor Louise Lin’s editorial (Bus or Bust) firstly celebrated the fact that students have secured cheaper bus fares after campaigning for them since 2013, but with a concern that part-time students have missed out on the 25% saving.

As for the quality of the service, Lin had this to say: “While the out-of-whack schedule and funky bus driving can be attributed to teething problems if you’re feeling generous, Metlink could have planned it better”.

Adding: “I wanna live in a city that’s friendly to students, listens to what they have to say, and where ‘improvements’ actually improve things”.

A definite cause for student anger has been the way the cross-town Campus Connection 18 route was effectively canned. Turning to satire, Salient’s Angus Shaw called the replacement of the old #18 with a service known as the 18e, which only runs during peak times, a strange and absurd “conspiracy”. As Dolly Parton sings it: “9 to 5, yeah they got you where they want you”.

It has been notable that Greater Wellington Regional councillor Daran Ponter has been bravely fronting up to respond to a lot of the flack.

As posted on his Facebook page, Ponter is, along with local Labour MPs Grant Robertson and Paul Eagle, also organising public meetings this month on the new bus network as an “opportunity for people to voice their concerns and hear how we are looking to deal with a range of issues which require action”. We’ll keep an eye out for those.

For the week ahead Talk Wellington is super excited that there will be an opportunity to listen to Healthy Streets champion Lucy Saunders from 12 noon at the City Gallery’s Adam Auditorium this Wednesday 8 August.

Saunders was a speaker at the biennial 2WALKandCYCLE conference last week and her talk in Wellington this week is being hosted by the awesome NZ Centre for Sustainable Cities – with full details here. 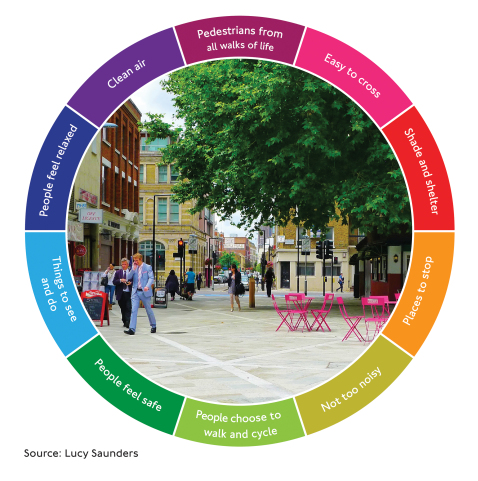 A public health specialist, Saunders currently leads on the integration of transport and public health in London supporting Transport for London, boroughs and advocacy organisations. She was interviewed on RNZ’s Saturday Morning programme at the weekend – well worth a listen for anyone interested in how streets can be made more inviting for pedestrians and who wants public transport to be easier to access.