The Traffic Jam episode 6: In search of boxman

With thanks to Bryan Crump for permission to repost. 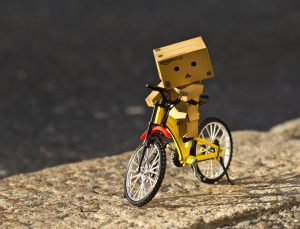 It began as just another bikelash week.

Kiwiblog was lamenting the loss of 600 car parking spaces in proposals to make Newtown more active transport accessible.  On Newstalk ZB, Hosking, Hawkesby and Soper were all having a go at Government plans to spend 23 million dollars on encouraging kids to cycle to school.

“A sick craze” said Soper. “We’re not in the 1980s now” said Hawkesby.  Hosking summed it up thus; if a cyclist isn’t confident on the road, the Government shouldn’t be encouraging them. “That’s why it’s called riding a bike”.

I took a deep breath, as I often do. Somethings, being a cycling enthusiast is like holding open a prison door, only the inmate doesn’t want to leave. Instead, they hurl abuse at their would-be liberator.

How many online comments can you take?

Then, in the murk of a wet Wellington day, someone thought outside the box. Well, inside it really.

Caught on smartphone from the comfort of a passing car, a man, we think it was a man, cycling into the southerly, up Taranaki Street, in the rain, protected from the elements by a bike box, with strategic holes cut for arms and vision. And all as the car-stereo blasts out one of Tina Turner’s finest.

By Tuesday it’s all over Facebook. They’re sharing it in Spain. People exchange ideas on who Boxman might be. There are offers of romance.

Stuff and the Herald pick it up, and soon the comment sections are full – of love. So much love, for a cyclist.

Of course, it blew out as fast as it blew up, but just for a while, it felt like everyone was cheering for the bike.

Why am I writing about this now? Because in the debate about who shares the road and how, logic can only take you so far. For folk, who normally don’t think about these things until something gets in their way, emotion counts.

In my eagerness to open the prison door to all those trapped in traffic misery, I, like a lot of my kind, can get a bit earnest on it. It’s easy to forget the transformative power of a good laugh.

Because Boxman did make us laugh. Boxman was taking on the world, and ever so slightly, taking the piss. Boxman could have been anyone. Or put this way, everyone secretly, would love to be Boxman, if just for a moment. 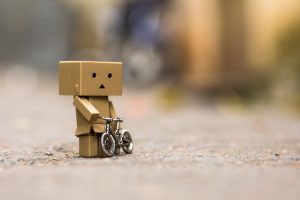 New Zealand is blessed with cycling advocates like Patrick Morgan and Jolisa Gracewood, who remain positive and approachable in the face or relentless negativity.  But they can’t do it on their own.

We can all help. Want’s the point in being right, if it only makes us grumpy?

I never did track down Boxman. Well, if I did, I didn’t realise it. But in seeking him out, I gained a greater appreciation of the power of the Light Side.

If the buggers see us having fun, maybe some of them will want to join in.

Thanks again to Bryan Crump for permission to repost. 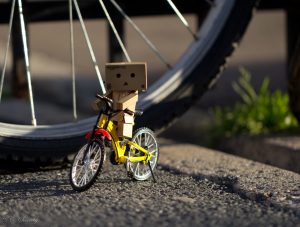 Don’t have your own bike? Onzos are the answer!

A bike encounter in three acts

Riding safely in the CBD