Talk of the new kids’ playground design in Wellington had a few grown ups asking about play this week – what about us? Where can grown ups go for active play? Talk Welly is wondering – is easy access to a free and relaxing ‘third place’ the key to #winning in this game called life?

An interesting question popped up from a Berhampore resident online this week – could the Wellington City Council put in adult play equipment in the new playground design proposed for Wakefield Park? Adult recreation is probably outside the parameters for this WCC funded playground design which is targeted at kids (with hopefully a strong flying fox for the many excited adults and tall teens keen to give it a go!).
Porirua are developing a new and awesome Aotea Youth Space – a dedicated area for teenagers to play, meet and have fun. It will be designed by rangatahi, for rangatahi. Ka rawe! If you have teens – or are a young ‘un yourself – check out the PCC consultation.
Many cities have for years been building adult play areas. Play is not just for kids! 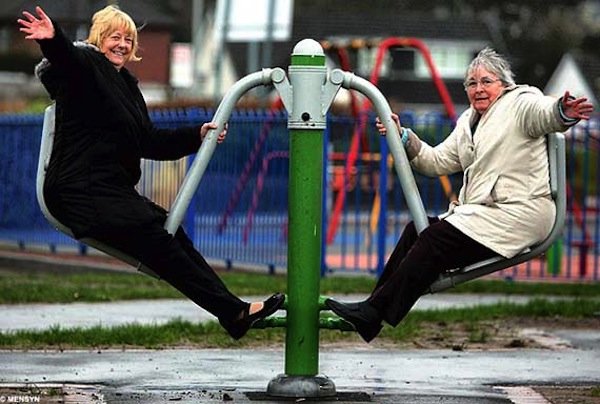 Would play and exercise equipment specifically for adults make the park more of a draw card for us grown up kids to get active? 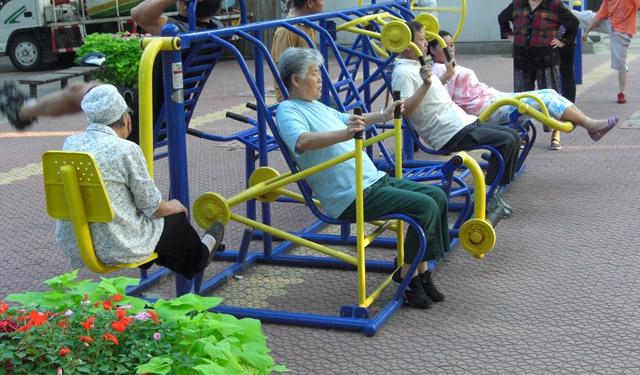 China has these everywhere!

Kapiti Coast is refreshing the Pohutukawa Park and Matthews Park playgrounds and plan to create an older persons play space. Hopefully it won’t simply be plonking in some exercise equipment for adults, but something more conducive to open ended creative play. Even Auckland could be getting a playground with building blocks and a sandpit purpose built for adult creative play.

Could our parks and green spaces be made more inviting to entice adults to meet up and be active?

Can Welly have some too? 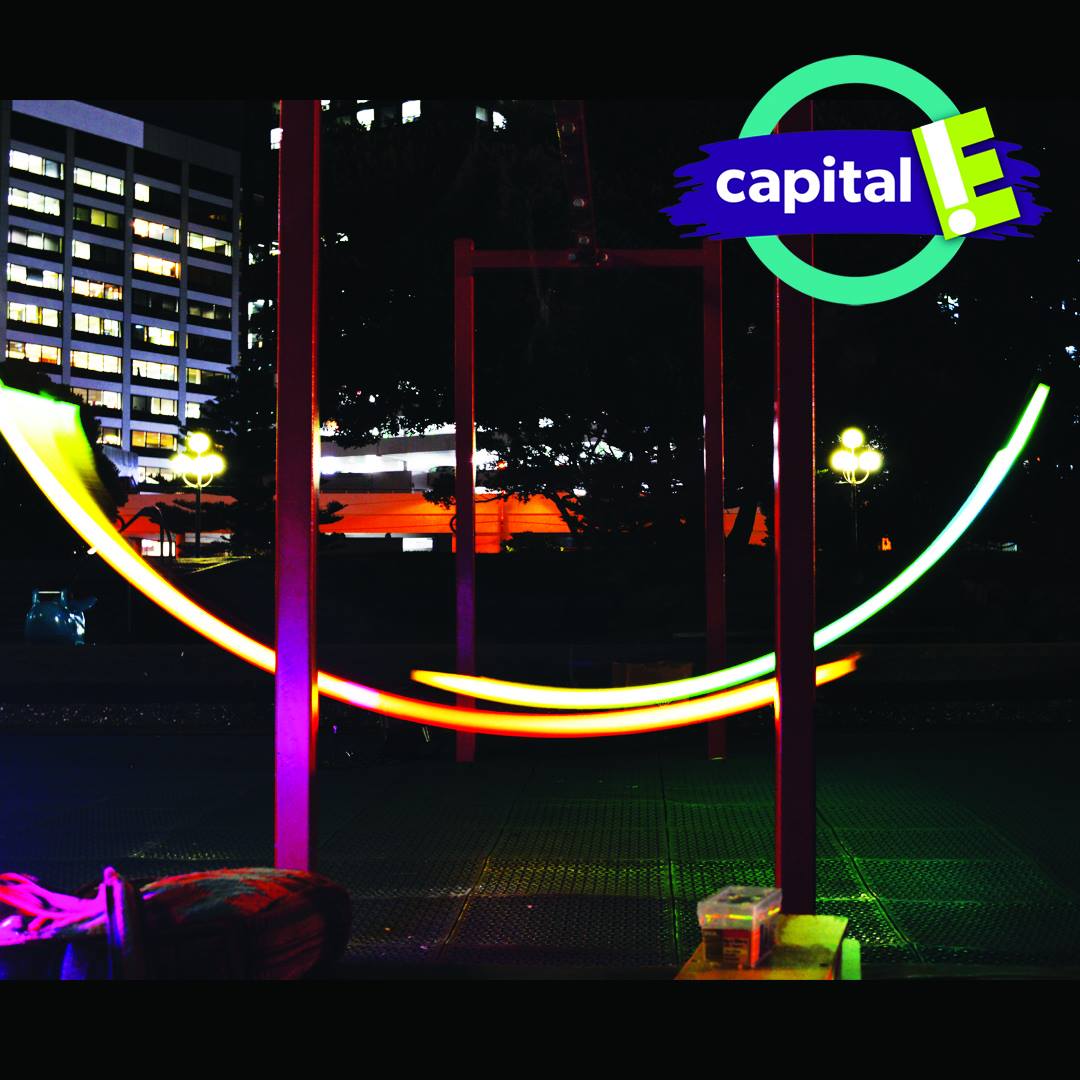 To get immense health benefits of physical activity, it’s little but often – and it’s not necessary to be sporty or even to have access to specific exercise equipment. We’re told time and time again by health professionals – what we need is more active travel in our lives.

“Hang on, hang on! Weren’t we talking about play? Don’t go confusing exercise with play!”

When we exercise, as adults we’re not “letting go of the tight hold we often have on life”, says Scott Duncan of AUT’s Human Potential Centre, who adds that us adults should be prioritising being silly more often. “If silliness and fun were slightly more prioritised, like on a daily basis, I think adult play spaces would fit right in.”

Mental health experts know that having spaces in our community, where we can easily be active and social – and play – is important for our wellbeing. Streets that are healthyis a great start, but socialising and play need spaces with special characteristics.

Sociologists call them our Third Places – somewhere separate to our work and home where we can easily go. Third places connect us with community, no strings attached. A third place is somewhere neutral where we can relax, interact. Unfortunately, the easily accessible spaces like this in the community seem to be a thing that us Kiwis don’t do very well.

In Aotearoa we do clubs and sports groups pretty well. There are plenty of parent coffee groups, crafternoons, and community volunteering events. Our tradition of surf clubs and youth clubs continues generation to generation. All good options for meeting people. But do they tend to be people similar to yourself, with similar interests? And there are some strings attached, right? An expectation to sign up and turn up, a pre-requisite, and usually set times to participate…

Third places are low-profile, laid back, with a playful vibe. Conversation is generally the main activity. People from all backgrounds, all ages, can drop in and linger. The lack of third places in our Kiwi ‘backyards’ is something Rebekah White, editor of NZ Geographic, wants us to talk about. These spaces need to be really cheap (better yet, free – ruling out all the lovely but pricey cafés). Really close (to home or your transport/commute). And really inclusive. “We don’t have a mechanism to get to know people any more,” she explained on RNZ.
Other places and cultures, do these third places well – they’ve grown up with them. And people grow old together, in these spaces, interacting with their community. Village squares and public plazas of old European cities are missing in younger nations like ours – but we’re missing out on these neighbourhood living rooms. 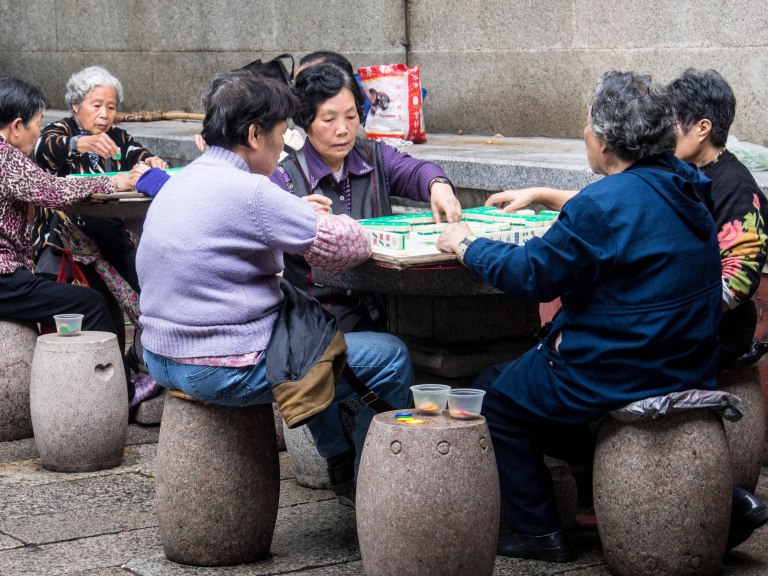 Recent research as part of the National Science Challenge shows that NZers of all ages are increasingly lonely, or living alone.

Who are the people in your neighbourhood…?
In the recent WCC community engagement for Newtown Connections, themes from the public came through clearly – not just about transport. People also said they want better public spaces and the chance for children to get around under their own steam.
And, if you’re a Newtown local, or near, and care about public spaces, check out the community design workshop this Saturday afternoon – straight after your Newtown veg market.) 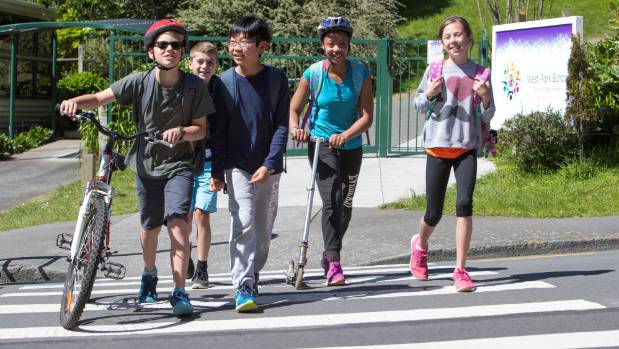 Kids getting around under their own steam, Central Wellington (part of Movin’ March campaign)

All the lonely people…
It’s great to see individuals and small groups taking the initiative to combat loneliness (such as these lonely millennials profiled on Stuff).
But here at Talk Welly we think it’s time to ask: should loneliness be referenced in urban planning? If access to third places ideally needs to be on our way between home and work, and we know that having access to connect with people in our community boosts mental and physical well being, well then surely the answer really is yes?
The Mental Health Foundation NZ reported on how the lay out of our towns and cities influences mental health – the urban form – and that children and the elderly are the two groups most impacted. Urban form can create opportunities for community cohesion – accessible public spaces where people can meet, play, socialise.
With our transport routes through suburban villages being targeted for improvement, and whole new suburbs being planned in the north of Wellington – we have an opportunity to start taking less space for ourselves as individuals (in cars, homes, closed up behind fences) and instead intentionally creating some good communal spaces.
Saunders, the Healthy Streets expert from England, is positive about the potential for us Kiwis to make our streets and public spaces healthier. “I think there’s great opportunities here…you’ve got quite a lot of space between your buildings,” she said in August this year.
To foster better connections between people we could better design the physical environment we use to connect between between work and home.
It seems a no-brainer to us at Talk Wellington. But perhaps a cultural shift, along with an urban design vision shift, is needed to create more third spaces in Aotearoa’s big backyard.

Further Reading
Read more about Healthy Streets here.
Tips for fitting in more active transport with your kids over here!