Thanks to some great data collection and cooperation between the city and regional councils, Wellington has been tracking how people get into our city since the year 2000. We have a look at how things are placed, and how our city is changing. Get ready for the stats!

We recently came across the ‘Wellington City CBD Corridor Survey’, which has been conducted annually by the GWRC and WCC since 2000.

This survey counts everyone crossing into Wellington City between 7am and 9am, with the boundary as defined by the red line below. Average vehicle occupancy has been estimated, and this is multiplied against measured vehicle volumes to obtain a total vehicle person trips number. Bus and rail passengers and vehicles are counted on specific days, while active modes are counted for a week and the numbers averaged. 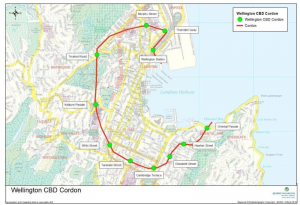 Firstly let’s have a look at the 2018 numbers. Overall 75,100 people were recorded as arriving in Wellington City Centre during the two-hour morning peak. 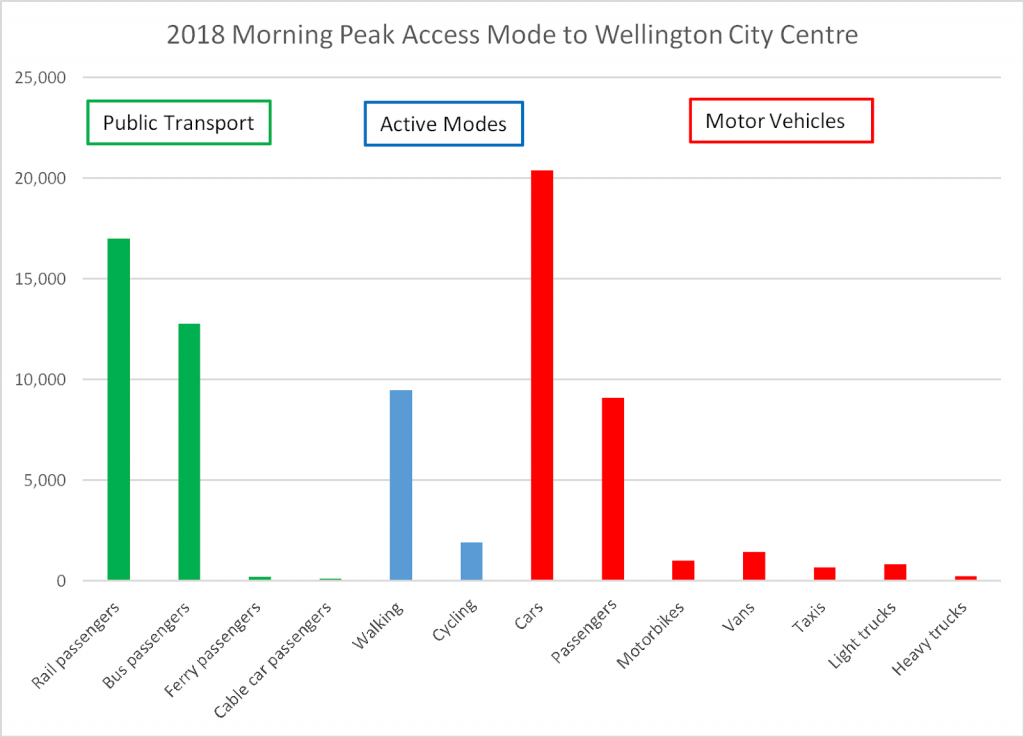 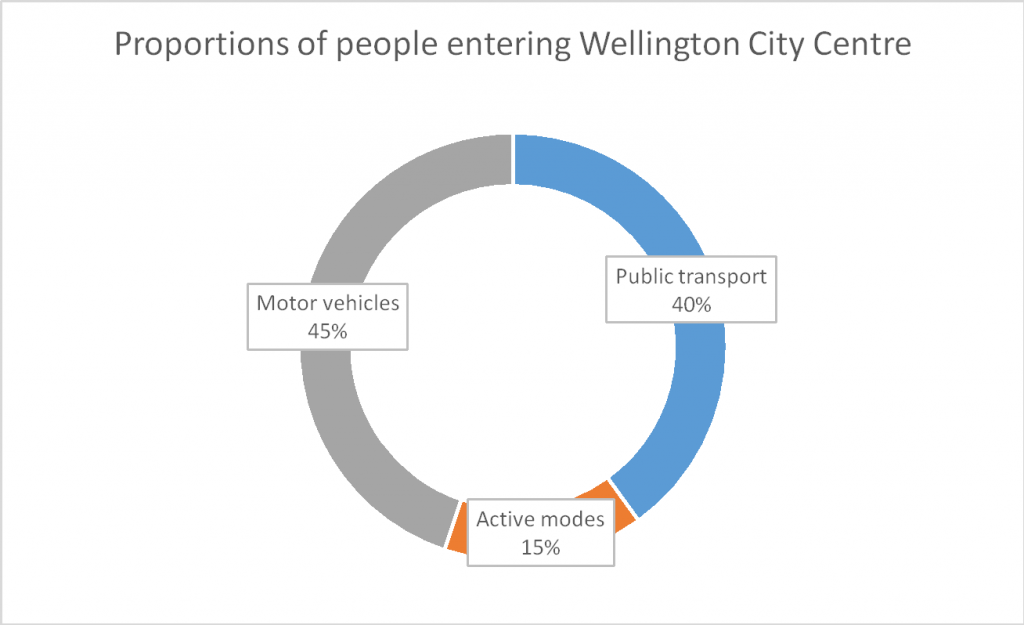 This is what the changes by mode look like. Interestingly many modes have stayed relatively constant. What stands out is the steady decrease in private car trips and major growth in rail patronage in the last decade. Car trips have dropped from 27,000 to 20,000 since the year 2000. Meanwhile rail has grown from 11,237 in 2009 to 16,981 in 2018, an impressive 51% increase. All this on the back of some fairly basic upgrades and minimal service improvements (insert snide, sarcastic comment yourselves, dear reader). 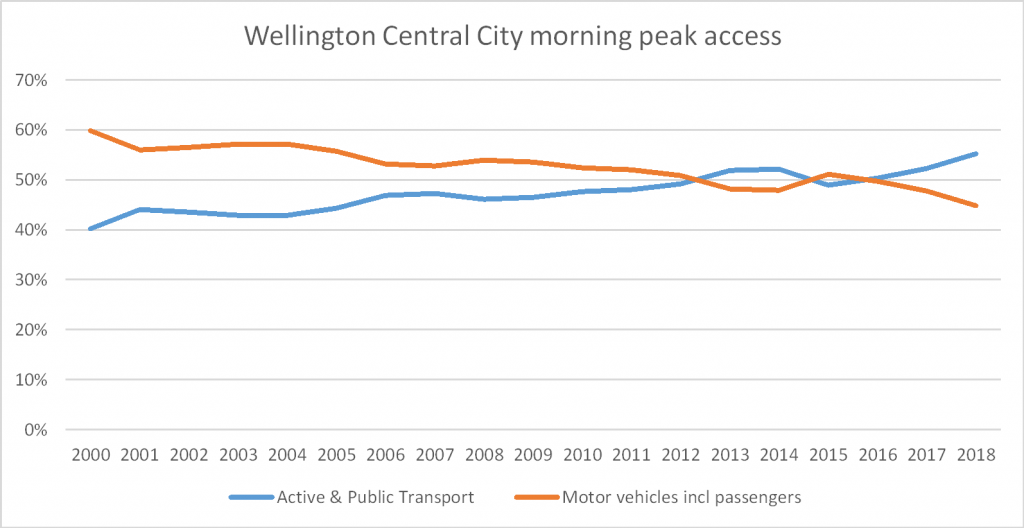 This is great news. It shows things in Wellington have been heading in the right direction, and proves Wellingtonians can shift the way they move around the city. As mentioned in an earlier post, this is despite fairly low levels of investment focused on catch-up maintenance and minor service upgrades. However, almost all of this change has been led by large growth in rail patronage. Bus patronage has remained fairly flat. This bodes well for further investment, shifting the balance of movement in the city towards public and active transport modes.

What’s changed for your over the decade? Have you shifted from car to bus or train? Why?

2 comments on “Which Way to Welly? CBD Transport Data Analysis!”