Moving in the CBD: up, down or along?

Want Light Rail? Who you gonna call? Route Busters! This week we discuss the pros and cons of rail at ground, below ground, and well above ground.

Previously we looked at what route a light rail system might take from the Wellington Railway Station south (because of this and this). We made a central assumption: that everything runs at street level.

That’s the obvious way, isn’t it?   Street level (or “at grade” running) has lots of advantages. It is readily available and accessible from every side and can mean that there are no disadvantages for the disabled. It means that transport can be seen and heard and timings of shoppers can be calculated almost to the second. It allows shoppers and commuters to be dropped off almost door to door, and the biggest selling point for most people is: It’s How We’ve Always Done light rail. It’s cheap and simple. Why change a tradition? 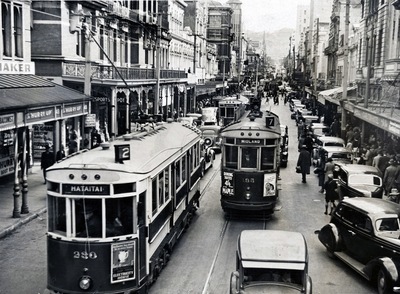 On the other hand, there are some serious disadvantages with trying to run a high quality, rapid transport system at ground level. A grade separated system can be far more speedy without having to wait for other traffic or even pedestrians crossing in front. 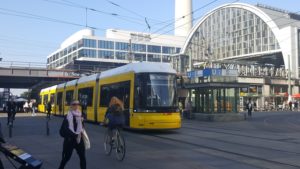 Light rail in Berlin here going at jogging pace through the Alexanderplatz with people walking & biking in front.

Escalators and lifts can solve issues of access and leave the ground plane unscarred by tracks or unfettered by speedy vehicles. For that reason it is often safer for all involved if we don’t run light rail at ground level.

Are there any other options to look at? Instead of reinventing the wheel, why don’t we look at what other cities have done? There are, of course, two immediate other options that cities with rapid public transport systems have taken: below ground systems and aerial systems. The below ground, or subterranean railways include the London Underground, the Paris Métro, the New York Subway, and literally hundreds more.

Every modern city worth its title is installing underground railways, as the most logical, practical, speedy and sensible option to solve their traffic woes. Some systems run only just below the surface, like the District and Circle Line trains in London, or the Red Line in Boston, where just a short flight of stairs down will take you direct to the platform of a spacious underground railway system. 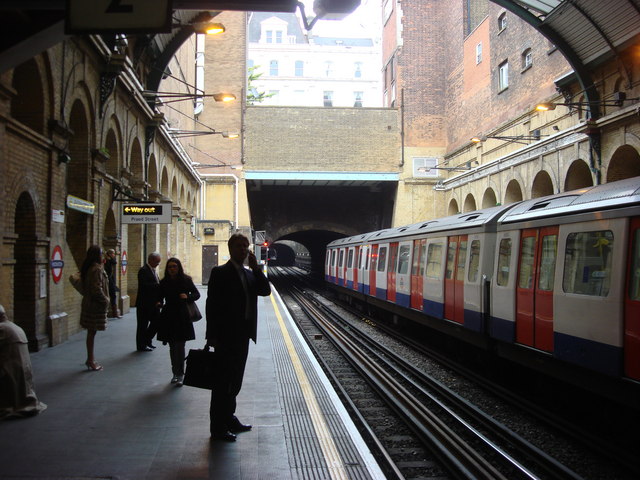 In Boston it’s so informal that you can actually walk across the tracks underground, and the trains have a special almost tram-like atmosphere, running just under the edge of the Boston Common, only a few feet beneath the roadway. 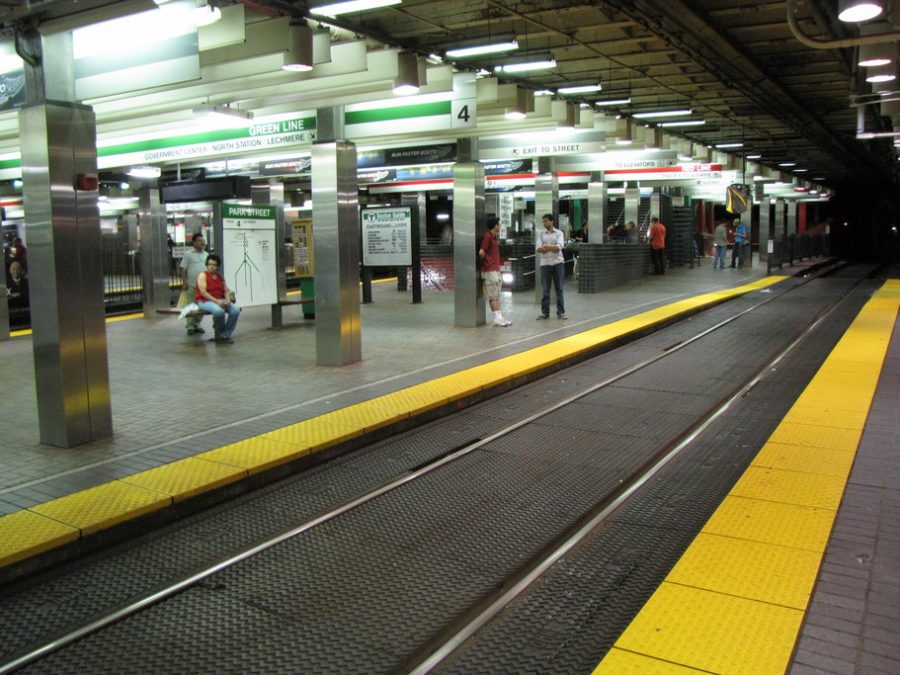 In New York the trains running north to south are only just below the surface too. A thin skin of steel beams separates the street up above from the steel rails down below, billowing air out of sidewalk grilles, blowing up the skirt of Marilyn Monroe and keeping pigeons warm at night.

Other cities and other lines in the big cities need to go much much deeper. The Paris RER and the London Crossrail are what they call deep lines, reached only via long, long escalators, effectively several stories underground. Escalators are used as means of reaching the lower depths as people taking individual lifts are too inefficient to move people in large numbers. 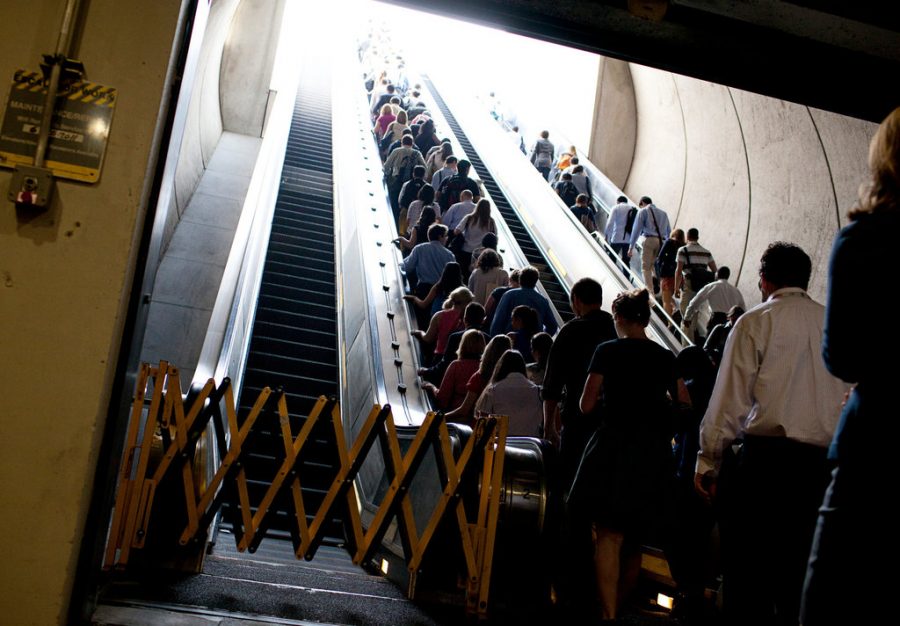 Washington subway escalators (one not working)

You’ll know the depth if you have ever been stuck underground at London Underground’s Covent Garden station on the Piccadilly Line: if the lift is broken down, then there are 193 steps to climb up – the height of a 15 storey building.

The other logical option is to go up – an aerial railway. Chicago is the most famous of these systems, with the L – the Elevated Railway. 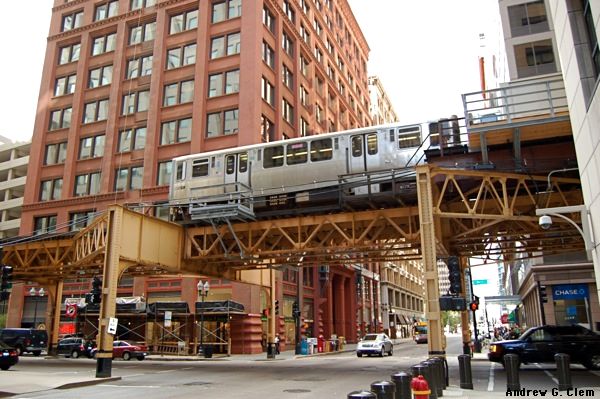 Started off in 1892, the L runs above ground on a series of giant steel portals, raised up above the roadway. It’s good in that cars and trucks can easily run as normal underneath, but it is noisy, and pretty unseemly.

It’s a great system if you have lots of wide streets and cheap steel to build it with, but perhaps not so good in an earthquake zone. Other cities have tried aerials as well – there is an aerial monorail in Tokyo, where the train sits above a single rail, and an inverted monorail in Wuppertal where the line follows the river through the town, and hangs below the tracks, suspended as if by magic. It’s freaky! 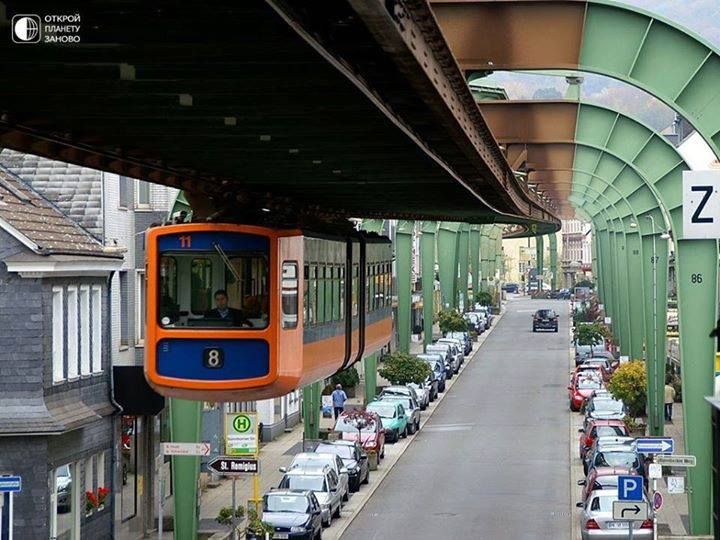 But in a small city like ours, cost is of the essence. Yes, we could go underground and perhaps for the best result for the city we really should, but it is expensive. Also – going underground means effectively going under water, as Lambton Quay itself is only about 2.5m above high tide. Construction methods would need to be very waterproof indeed, as the last thing you want is for any tracks to fill up with water in a sudden rainstorm. Remember Hurricane Sandy when it hit New York a few years back? Rising river levels flooded all the low level rail lines, and when power went out to the pumps, they quickly filled with water. 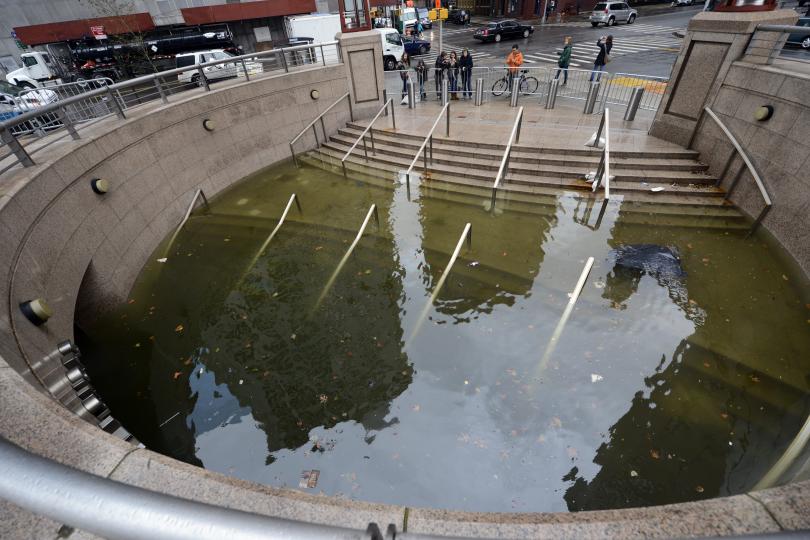 But that’s the easy part – moving all the services currently in the roadway is the really costly part. For years now we have been installing all the water and sewerage and electrical lines down the middle of roads, with lateral lines connecting each building into the network. Putting a line underground either means “cut and cover” where things are built from an open trench at street level, or else a much deeper tunnel dug well below surface level, using a giant tunnel boring machine (TBM). That really would be the best scenario for installing a rapid train line into Wellington – but it is also the most expensive, so say goodbye to that as an option.

In reality, our best and simplest option is also the cheapest – build a line at grade, with nothing fancy above or below ground. Now we just need to decide on a route!

For that discussion, see part one!