We’re past the shortest day, but the sun hunger is setting in.  TalkWellington has been fiddling with some tools for finding the sunshine – and figuring out what it’s worth.

With the “total hours” button you can see the gloomiest caverns of our back streets (some of which are our funky laneways).

They break the data down here and have some lovely (though too quickly-animated) GIFs showing the sun and shadows washing through the city.

The price of sunlight

Looking at building something tallish in the city, and worried about shaded neighbours blocking your proposal?

Or maybe you’re buying a house that’s sunny now, but vulnerable to being shaded by neighbours’ extensions? 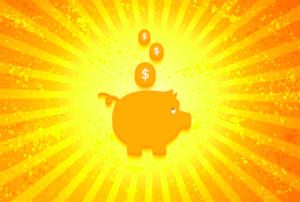 Economic consultancy Motu have just released a study that helps people put a cash figure on how valuable sunlight is for houses. It’s a world-first!

Every hour of direct sunlight exposure for a house per day, on average across the year, adds 2.4% to a market value,” said Arthur Grimes, Senior Fellow at Motu and co-author of the study.

There’s no right to sunlight, but councils normally try to prevent “unfair” shading by putting on regulations – height controls, proximity and so on. This is a blunt instrument that prevents a fair market exchange and limits denser use of our most valuable land.  It means neighbours to a shading development can potentially make compensation agreements with their taller neighbour for sunlight loss, and if the neighbour can’t afford it they don’t go ahead.

Motu also get bonus cool points for a subtle hat-tip to Jane Austen. See if you can spot it!

The Smart City work Wellington City are doing with NEC will without doubt include some sun and shadow tracking – there’s already a cool animation of it the video loop in Unfolding The Map.

It was nowhere to be found on the internet though, sadly. 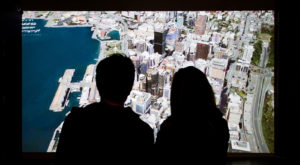 Wind zones (useful for anyone building anything in Welly)