2018 is definitely the Wellington region’s Year of Transport which means it’s also the Year Of People Talking About Transport.  Talk Wellington takes a couple of recent developments and wonders how well our models are working.

In a thought-provoking piece on Scoop Wellington this week, editor Lindsay Shelton looks at a new survey on options for Let’s Get Wellington Moving, that’s being done awfully quietly.  The project that’s going to fundamentally shape Wellington city for hundred years started with unprecedentedly great public input, and has had a few good workshops since, but has since gone dark and a bit weird in its public engagement  – while officials and various people are busily working away in the background.

Is it good that they’re asking people for input? For this crowd, yes – NZ Transport Agency-led projects are generally light on public input due to their long history of extensive power under the Public Works Act (e.g. to forcibly acquire land).  But it’s how the survey is being done, and perceived scope for skewing people’s feedback, that worries Shelton and several community groups.  Shelton writes (emphasis added):

“At some point in the survey, depending on what you’ve answered earlier, you will be asked whether or not you support a flyover (they call it a bridge) at the Basin Reserve – a question that makes it clear that a flyover is still on LGWM’s agenda.

At-grade [ground-level] changes at the Basin are given as an option only on the subsequent screen, so when people are saying what they think about a flyover (or a tunnel) they haven’t discovered that they also have that option.

None of the involved community groups seem have been advised that this new survey exists. None of them has any information about how the data will be analysed, or what influence it could have in the last weeks of developing LGWM’s preferred plans.”

If you trust NZTA and its partners Wellington City Council and Greater Wellington Regional Council completely, you’d say “Meh, what are you worrying about?  So they’re getting some more input… and it’s fine they haven’t decided on anything yet.”

If you’re a survey design geek, you’d probably be interested in how they’ve designed the survey.  Not showing respondents their options all at once is one design tool you can manipulate various ways, and presenting things in a series of binary (either/or) choices is handy for page layout but has a lot of psychological implications for people’s choices.

Right now, Waikanae township is being asked for its views on making the soon-to-be-ex State Highway 1 more people-friendly through the town centre, and there’s a lot of noise from some quarters. 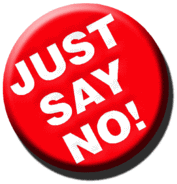 The proposals, From NZT and Kāpiti Coast District Council,  are pretty straightforward, textbook “people friendly streets” – particularly the slower speed limit (to 30km/hr).  The highway-dimension road will also have some of its space reallocated to people on bikes, with a dedicated (but unprotected) cycle lane.

Unsurprisingly, given Waikanae’s car-centric history and especially the last 40 years of its growth, people are going “WTF?” and opposing it – especially retailers. Facebook has had several polls – mostly featuring “join me in opposing this” language – and a theme in the complaint is that there’s not enough input from the communities.

Revocations also have the challenge of transferring a road’s maintenance, as well as its ownership, from NZTA’s books to the council’s. Another demand on rates funding – bound to go down like the proverbial cup of cold sick with many in the community, regardless of the longer-term benefits to the same community.

Are we doing this well, or right?

Talk Wellington wonders… when it comes to transport and its place-shaping power, and how deeply transport is embedded into our habits and our worldviews of what’s good and what’s possible…

What’s the right relationship between process and outcome?

Will enough people ever be satisfied with a good process that didn’t reach their preferred outcome? (Island Bay Residents’ Association is still fighting for “paint it back” to be the approach to the local cycleway despite having had more consultation than the ASB Sports centre; Save The Basin would never accept a flyover or “bridge” at the Basin Reserve no matter how good the process).