Transport planning is a big deal. Large scale transport infrastructure affects everything around it, for decades.   In case you haven’t noticed, Let’s Get Wellington Moving  will profoundly shape our city, and the window is almost closed to give your steer on the approach they’re taking.  You can read more but regardless, get your feedback in by Friday 15 December TODAY at 5pm. It will make a difference!

LGWM is being touted as the most comprehensive transport planning and prioritisation exercise Wellington city has ever seen, and this is probably true. For all its limited geographic scope, NZTA, GWRC and WCC are talking about spending well over $2 billion to Sort Out Transport in the Capital.

We’ve had some criticisms that Talk Wellington’s coverage is just yelling at public officials who’ve worked incredibly hard within constraints that aren’t their fault.  Many of us at Talk Wellington are from or currently in the public service, some in the very trades that are hard at work on LGWM.

How good the experts are at what they do… that’s really important.

Transport planning is complex and complicated, and requires a lot of expertise and information – even without accounting for the relationships with landuse.  It also requires an eye on the bigger picture, acknowledging where some parts of the system are weak, and putting things in place so the end result isn’t full of blind spots.

This is notoriously hard to do once you’re deep in the proverbial woods, but classic weaknesses in these kinds of processes can include strong data on vehicle movements but weak data on people movements; lack of information on what creates “place”; systemic biases built into modelling; and management and governance leaders’ own biases.  You need to keep an eye on yourselves as well as being donkey-deep in the content.

Ultimately, public feedback is needed, and there’s different art and science required. This complex, fraught stuff needs to be communicated clearly and well, so that ordinary laypeople can give good feedback and give the decision-makers a good steer.

Project engagement and comms have had to find the right balance between many, sometimes competing forces, like:

The LGWM team needs to find the sweet spot between all those forces above, and also create an environment that encourages constructive feedback by us the citizens. One that brings out everyone’s “best selves” when they’re giving input, rather than the selves we often bring to the prospect of someone expensively moving our cheese with public money (see comments under any Stuff or Herald article about anything in local government).

So homai te pakipaki for the team, but no excuses

Firstly, a round of applause for the LGWM team behind the scenes.  Goodness knows we don’t envy them. This is a mammoth task: modelling, options assessment, investment logic, design, communication and engagement … doing this for something as little as bike infrastructure is difficult, let alone a whole package of transport changes.

It’s a tough job, and they’re in the public service to do it – they have the expertise in these arts and sciences, and the power. They must wield it well.

LGWM’s scenarios are the product of all this work, and you have until 5pm 15 December to give feedback.

The feedback on these scenarios will be held up as evidence for Wellingtonians’ appetite – or lack thereof – for either traditionalist or progressive solutions to our transport and liveability problems.

It will either give decision-makers the mandate to be progressive and lead, or an excuse to be “same same” and try to solve the problems with the same approaches that created them.

Talk Wellington has closely watched LGWM and has had people covering all public events.

How do we feel about it all?

One can’t do much about Chambers of Commerce and so forth – they’re going to have their opinions and decide for themselves how much those should be based on fact.

We don’t think what they’ve proposed is “roughly right”.

And if even a bunch of non-experts can clearly see these issues, and the various authorities can’t give a good answer when asked, it’s definitely time for a healthy boost in the right direction.

That boost has to come from us: the population, the residents, the citizens, the ratepayers, the users.  The parents, grandparents, friends and fellow citizens of the people who’ll inherit a city and region profoundly shaped by the results of LGWM.

Please, right now, take the few minutes to put in your feedback. It won’t be hard, it’s a lovely-looking website.

What to say? Do read the scenarios and make up your own mind – but make sure your feedback hits the spot: 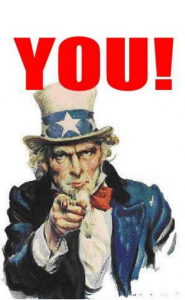 Given all this, tactically, the only way to make an impression on decision-makers and maybe shift their thinking towards better transport, is to show a strong desire for progressive transport.

So don’t be afraid to be more boldly “progressive” than you might ordinarily be!

Your feedback will help give our leaders a good boost – we’ll definitely get more space for cars, but there’ll be a chance we’ll get some progressiveness in the mix too.

HOORAY FOR YOU! And hooray for us all.