Talk Wellington was at the much-anticipated event of the week: the launch of the four “scenarios” that Let’s Get Wellington Moving has been preparing to sort out transport in the CBD.

Ahhh Wellington… our capital city.  Your natural advantages have been compromised by some short-sighted infrastructure decisions back in the day (airport & hospital locations, big motorway right into CBD), but by golly you’ve got some lovely advantages (super compact mostly flat CBD, heavy regional rail to one end, town belt, harbour).

As the prospect of our beloved capital city becoming a car-jammed, poorly-walkable, barely-bikeable mini-Auckland has started to loom, various Authorities have tried various plays.

Let’s Get Wellington Moving was a response to the Basin Flyover debacle, designed to Sort Out Transport in The CBD (Ngauranga to the Airport).

Since the wide-reaching feedback and creation of the excellent Principles last summer, there’s been a very busy, extended silence with a few workshops (plus an earthquake, and having to reconsider a key information source).

Finally, on Wednesday, the four “scenarios” were revealed.   You can read them yourself here.

They’re “cumulative” (each next one includes all the stuff of the previous one plus extras).

Illustrative is a good thing: they want loads of public feedback on what’s good, bad, should be mixed and matched.  The eventual package of things could be different to any one of these scenarios.

This is crucial because, spoiler alert: if you care about Wellington and want transport’s influence to stop undermining and help make it a progressive and liveable city, overall you’ll be feeling really disappointed.

Here’s what some others have said, worth a look:

As appropriate, there’s nothing formal from the government. But interestingly, Save The Basin’s take that the car-focussed, short-term scenarios are “a slap in the face of the new government” seems not to be too far wrong.  Twitter was buzzing on the night and the new Transport Minister responded:

The new Government will work with Wellington to advance a smart 21st century transport system for the city with more and better rapid transit, and more walking and cycling. https://t.co/UpgaQF5yLR

And don’t worry you will get some Talk Wellington team reckons soon.

The Lands That Are Out Of Scope

Yesterday’s passenger rail strikes demonstrated beautifully how handicapped LGWM is by its own scope: everything “North of Ngauranga” is the Lands That Are Out Of Scope. As LGWM’s noted, the overwhelming share of the daily movements into Wellington city are people who come in every day from those Mysterious Lands North of Ngauranga.  Commuters, workers, destination CBD not going to the airport or hospital.  It’s an exercise in futility to try to sort out Wellington City’s transport or liveability without seriously providing these folks much more efficient options to get into the city.  LGWM is being sold to us as if it can sort things out despite that scope line.

It started off so good… then they scoped it

The brains of the Citizenry

And LGWM’s letting itself (and us) down by not including in these scenarios any info on potential incentives or disincentives on us – travellers.  Earlier talk of economic incentives (price signals) – a vital part of any self-respecting transport plan – had disappeared as something that “would make the consultation too complex for people”.  Dear Reader, it’s for your own good – the officials don’t want your brain to overheat from having to think about infrastructure and congestion charging. 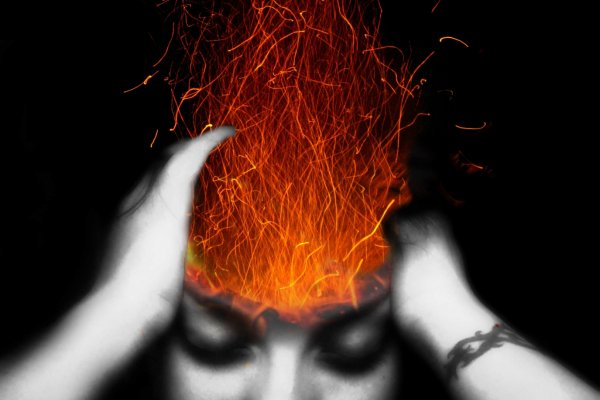 Your brain, on fire from reading about transport pricing as well as infrastructure. Image: thenakedscientists.com

Yet yesterday’s train strikes also showed beautifully: Wellingtonians can change their travel behaviour in short order. Just 24 hours’ notice of the entire passenger rail network gone, yet no “carmageddon”: Wellington region folks worked from home, flexi-time, staggered our journey times, helped strangers, and carpooled like it was 1979.  Please, never take away our trains again… but in a crisis, we are more resilient than we thought. 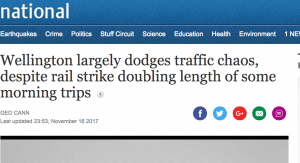 Meantime, what’s a progressive Wellington Region citizen to do?

Read up, have a think about the kind of capital city you’d want your kids to enjoy (that’s what’s at stake).

Ask your neighbours too.

Ask people who don’t normally have opinions on stuff like this.

The more informed, future-focussed views, the better. And there’ll be lots more on Talk Wellington as we encourage the kōrero that shapes Wellington!