The crossing arrangements by Hood St put the needs of walking Wellingtonians firmly in second place after cars.  Our guest poster Walker reckons this is philosophically wrong because cities are for people.

Do you know the Hood Street steps? If you live near Oriental Bay or Mt Victoria you will – they are an important connection between Mt Victoria and Oriental Parade / Cable Street. 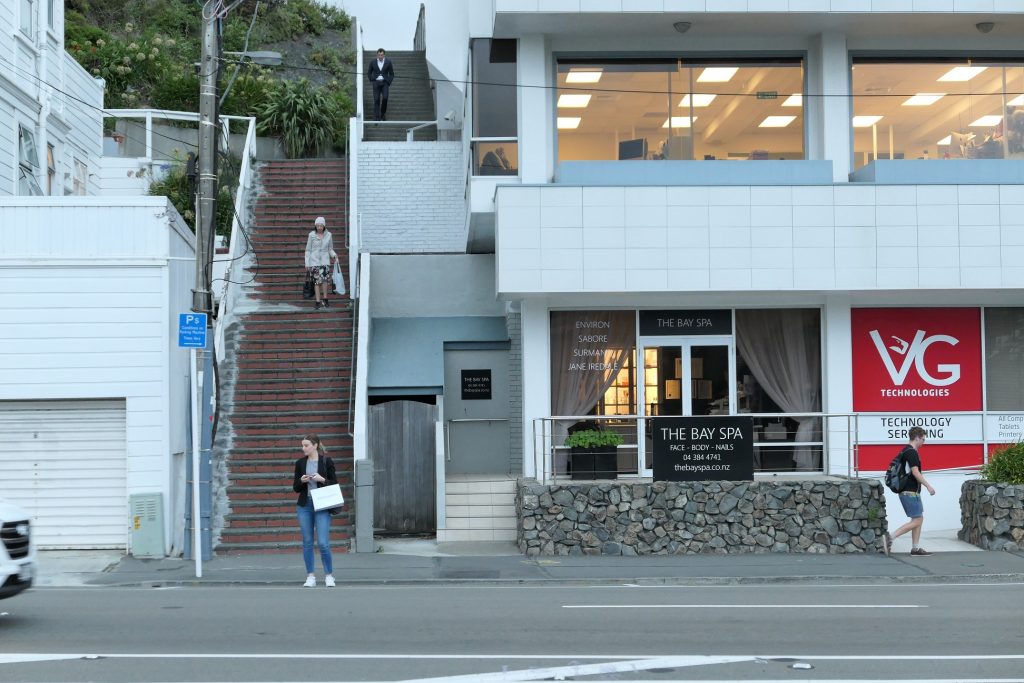 They’re the only route through the long built-up block between Roxburgh St and Oriental Parade.

Many of the many Mt Victoria residents (see picture below) use the steps on their walk to and from work, via Cable St or the waterfront. 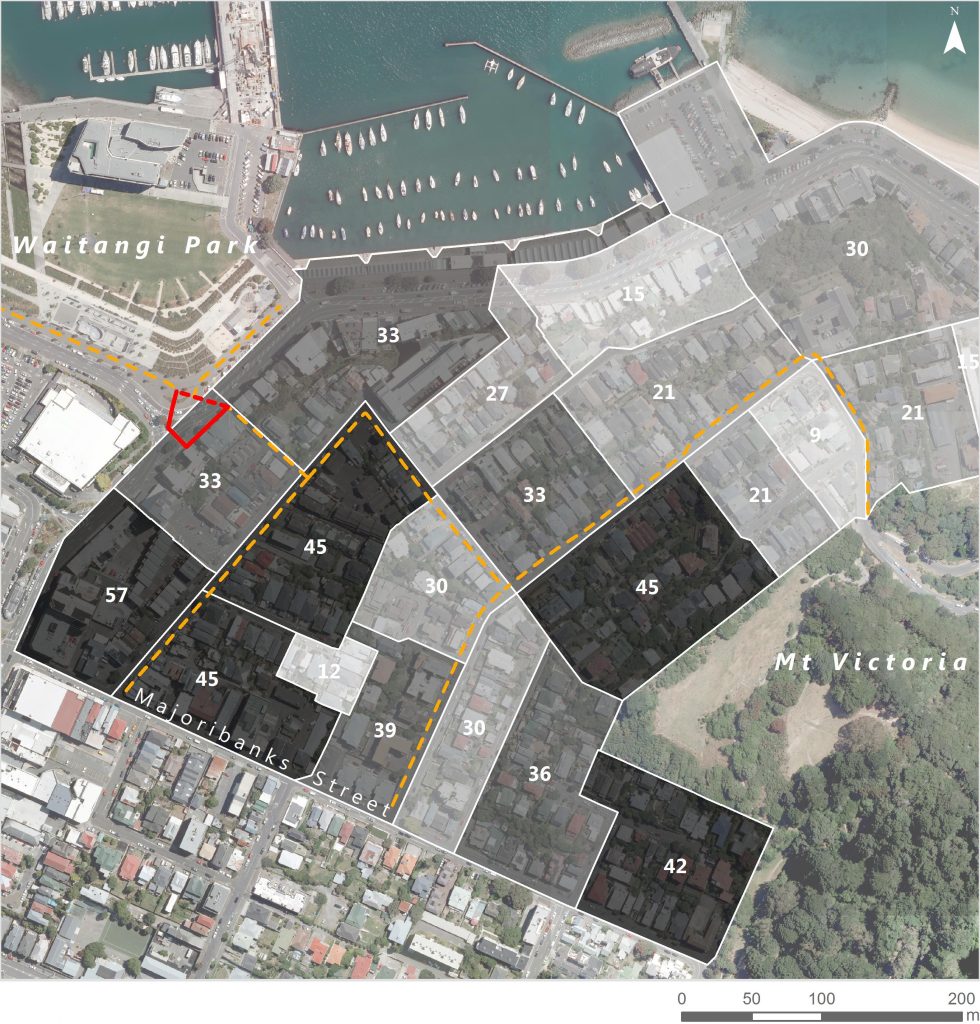 Who’s walking to work from each mesh-block: 2013 census results

Many more people use the steps to go between the waterfront and the town belt.

To get between the sea and the Hood Street steps via the official route you have to cross three bits of road – see the picture below. The official route is much longer than the direct route which has no provision for pedestrians. 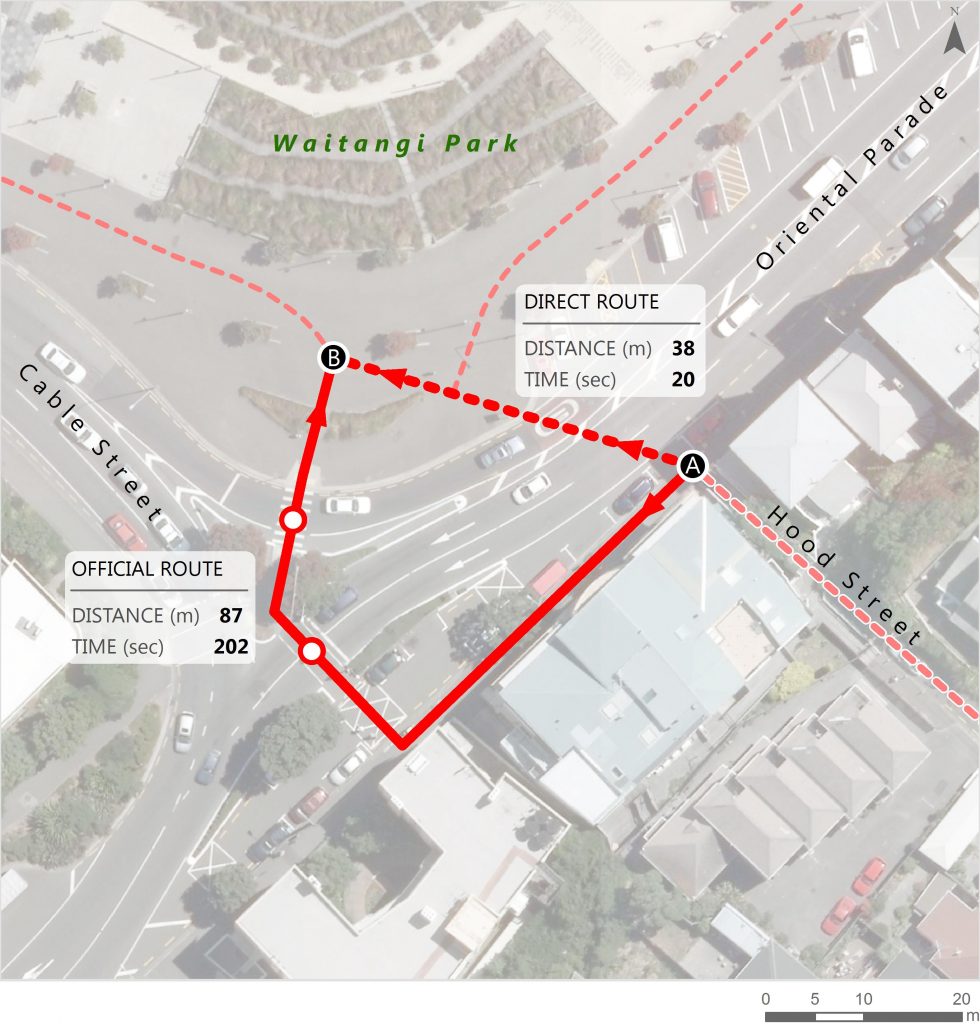 Wellington City Council recently “improved” the official crossing route – replacing a zebra with lights – which has made it even worse for people.

The word is that it was one of the “quick wins” identified somehow for Let’s Get Wellington Moving, but it’s a bit mysterious.

Whatever the motivation, the result is: the official route can now take up to ten times as long to cross than the direct route, based on timing several light phases one weekday morning. 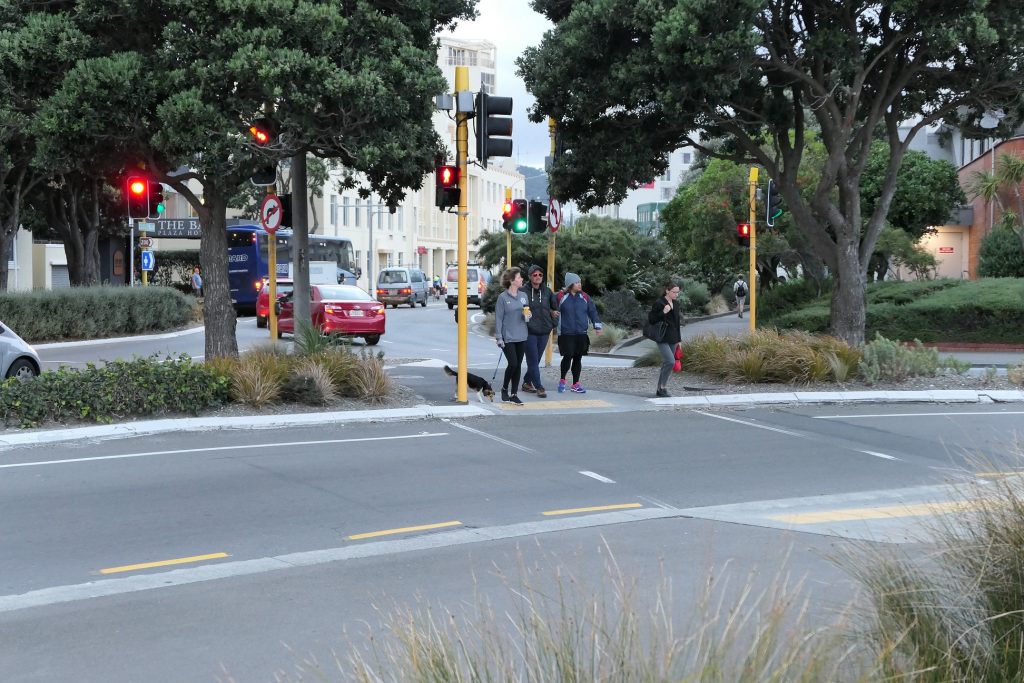 Most people still just take the direct route anyway, taking their chances amongst the cars. 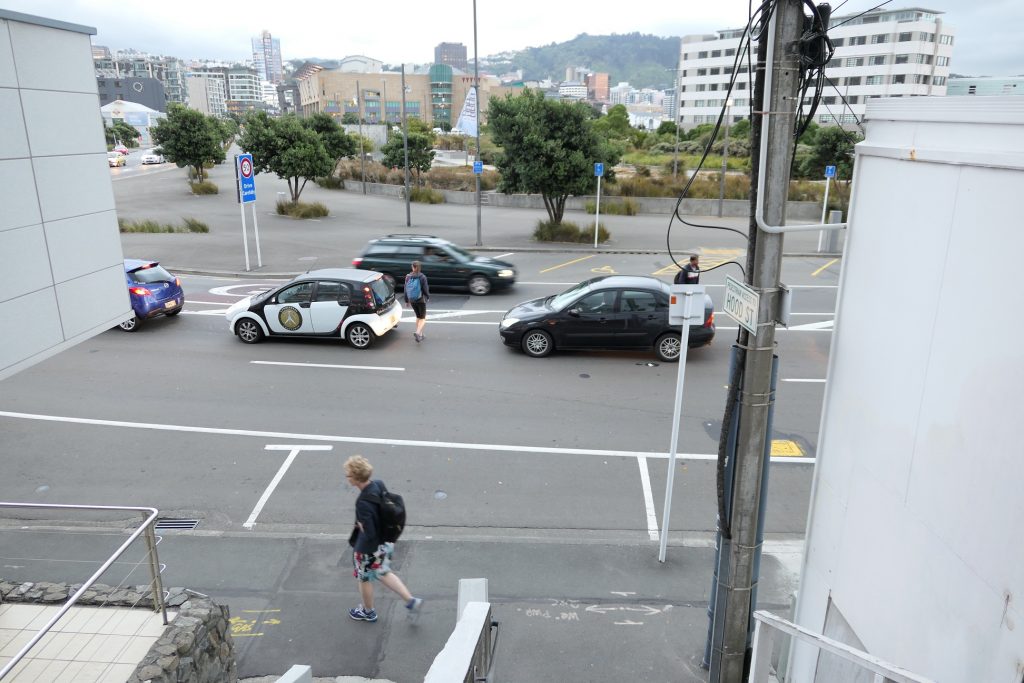 That’s okay for those able to make the dash but everyone else must take the longer and slower route. That’s you if you have kids, or groceries, or walk slowly, or use a wheelchair or scooter, or just don’t feel like staring down an oncoming car.

So to sum up, the existing crossing tells everyone on foot or mobility wheels to go out of their way and wait longer, on an important walking route for the city. (Or dash across, but make sure you are fit and confident because there’s no zebra crossing to give you some rights versus cars).

Aren’t we supposed to be making Wellington more people-friendly, not less?

There must be some important reason to prioritise cars over people like this, ignoring the basic human desire to take the most direct route – and WCC’s own road user hierarchy (p46 here) that prioritises people first.

Why not make a small but important statement that Wellington is for people: formalise the direct route with a zebra straight across Oriental Parade from the steps.