Guest author Kara Puketapu-Dentice looks at New Zealand’s resource management and our struggles to look after this place, and prescribes a dose of disruption: through a simple, elegant reframing of our relationship with nature.

This piece is based on a lecture given to a class from Victoria University’s Masters of Resource Management Programme on 21 September 2017.

I have called this kōrero today: Co-Existence – A Way of Reframing ‘Resource Management’ because I thought it had a nice academic ring to it… sounds like a title to a good academic paper which may disrupt ‘resource management’ as we know it.

And because I am talking to a bunch of millennials I thought I may plant an idea or a see as big as the ones we find in avocados because we all know how much we love avocado on toast!

I believe that we are the generation of change – of disruption – of flipping the paradigm and rethinking things.

Now why do I say that? Your course has got everything to do with Resource Management!

I’m not saying it’s irrelevant but what I am saying is: let’s think differently and let’s not let the current discourse limit our thinking!

And to draw that connection I am going to use Te Urewera… and the Whanganui river – Te Awa Tupua but because my relationship with Te Urewera is much closer and forms a part of who I am, I will use that case study.

We as in Tuhoe first sought ownership of Te Urewera, because we know how powerful fee simple “ownership” is within Te Ao Pākehā! We would have no encumbrances and we could do with it what we like… but it was exactly that point which scared the hell out of the Crown! Because they thought that we saw the word ‘ownership’ in the same lense as they do! They thought that ownership meant “ours with exclusion of everyone else… Our whenua! Our rights! Go away!” So they said (at the last minute): NO!

However, their decision was informed by their failure to understand our language… our language which articulates our relationship with whenua and with people.

So Tuhoe started to talk more, and more, and more, and more to the point where Tuhoe finally got a connection with the Crown! The language articulated a relationship that said Te Urewera could never be ‘owned’ (in terms of Pākehā ownership) by us – because she is our Tupuna  – we are of her! And our job is to be a kaitiaki – a steward.

All we wanted was a legal instrument that allowed us to be the kaitiaki (in our own way), in a way that recognises and gives life to Te Urewera’s mana, to her wairua and mauri! That is all we have ever wanted! We did not want Pākehā “ownership” but we knew that that form of ownership would enable us to express and give life to the relationship we were always seeking – a relationship of co-existence.

Now we have a  legal articulation for this relationship: legal personhood for Te Urewera, and for Te Awa Tupua, and hopefully many more important aspects of Papatūānuku. But let’s be clear here! The law did not create the personhood of Te Urewera… Tuhoe always knew Te Urewera to be a living entity, the law is purely but a tool that was used to make ‘legal’ what was already known to be true!

So what? What the heck am I saying that has any relevance to you as planners? Well it is bound up in the word ‘co-existence’. And the beautiful thing about this word – is that it is a Pākehā word that encapsulates quite nicely a Māori relationship with our environment! We talk about being “resource managers”, but this presumes something huge and fundamentally wrong. It presumes that we have power over our environment which we see as a vulnerable resource that we control. We have the power of life and death over it.  That nature is natural resources, things we use, to facilitate our prosperity.  We should use them wisely because we want to continue using it to have a prosperous life.   And this is all logical – in fact you could say it’s nature’s way –  because we’re highly evolved, we’re the smartest or the most powerful species. Exploiting the environment as a resource is our right; oh, and if we’re nice and sensible we’ll do it sustainably. 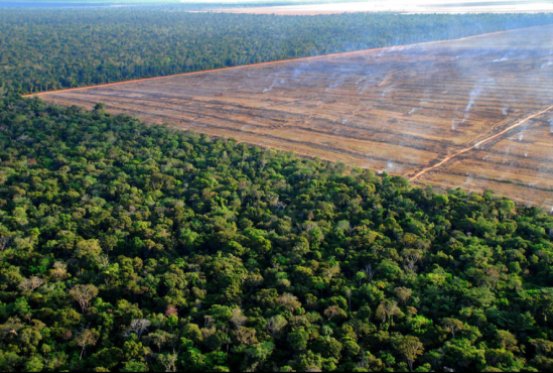 What arrogance, don’t you think?! Because in fact the relationship is in the total opposite direction. The whenua does not need us! It was here before us, it’ll be here after us.  We are a part of it, not above it: just one of the species that come from the whenua, the water, the air, the ecosystems.  And we’re not an all-powerful manager of nature, who deigns to look after it out of the goodness of our heart, or some utilitarian idea of sustainable exploitation.  We rely on the whenua for everything. Everything.  We are in its debt, we are stewards not guardians.

This is the co-existence attitude.

So the question is about how we change our thinking with these legal bits of paper. We know we have this technocratic approach of “resource management” –  which inherently implies rights to exploit the environment, and which imposes on us all a relationship of Pākehā-style fee simple ownership of it. We know the normal attitude in Kiwis  – and our courts and our planning and our rules – that says, “I have a resource consent and with that I have a RIGHT!”

I want to change that language to reflect a much more collective relationship between people and our environment!

I want people to have a piece of paper that places an obligation on them to ensure that they maintain a relationship of co-existence with our environment.

And in short that is what will happen in Te Urewera and Te Awa Tupua – there will be  a kawa that sets out how all the parties will act in this relationship of co-existence. And it will be beholden on all others to uphold and maintain that kawa! The kawa like any important document will be developed with the people.  However, what’s different: it will not describe the whenua or the wai as a resource that’s ours to manage from above, but rather it moves us towards placing the voice, the mauri of the whenua, the mauri of the wai,  at the centre!

The difference shows, for example in, how we start when there’s an issue – like the water quality is bad, or someone wants to build something that discharges into the river, or there’s a proposal to run a business in the forest. The current approach is… we need to do something … let’s get some planners, politicians, judges and scientists to tell us what our environment needs! And look where that has got us.

Instead with this new kawa we’ll be able to say, What is Te Urewera saying? Well let’s ask her!

People are saying it’s too hard, Kiwis won’t get it.

To those who say that ordinary people won’t get it I say… we are only limited by the conversations we are willing to have!

Let’s not shut down the conversations about a better future just because ‘this is how it is now’. Because if we close that door we will create a mamae  that will only add to the other markers of our collective shame and collective failures. So in the words of Sir James Henare – “We have come too far not to go further. We have done too much not to do more”.

Thinking, discussing, imagining and acting to do more  – this is what advances us on the journey to a goal of co-existence.