This week’s My Favourite Commute comes from Talk Welly crew-member Chris Vogliano, who remembers discovering the magic of light rail in Seattle.

Being from the sheltered Midwest America (go Cleveland!), a light rail sounded like a transportation device from the future. #Bladerunner.

When I moved to Seattle and realized it was essentially a dedicated rail line to move people around, it seemed a bit revolutionary. That was – until I discovered its full potential.

Seattle buses are lovely when they are on time, but light rails I found, are far superior.

My morning Seattle commute consisted of a (mostly damp) 10-minute walk to my nearest light rail station in Capitol Hill.  After descending the seemingly eternal escalator, I was greeted by a shiny, clean, and punctual visit by the light rail. I made sure not to make direct eye contact with anyone, following Seattle protocol (Seattle Freeze – it’s a thing) as I entered a bright, modern vessel. Within approximately 5 minutes, I was carted halfway across the city, ending up within steps of my workplace.

The real magic is that the light rail was built underground – meaning it does not succumb to the bloated traffic patterns on the surface.  Bar the rare exception of being over capacity, I was able to whip around the city in a matter of minutes – regardless of the hour-long traffic jams that my car and bus commuting friends experienced.

I now admire the utility and functionality of a clean, modern, and affordable transit system that connects the city.  Sure, there is still a long way to go to improve the connectivity of Seattle (both via light rail and general humanism), but the progressive push for a centralised system has significantly increased ridership, resulting in less humans in cars on the road. 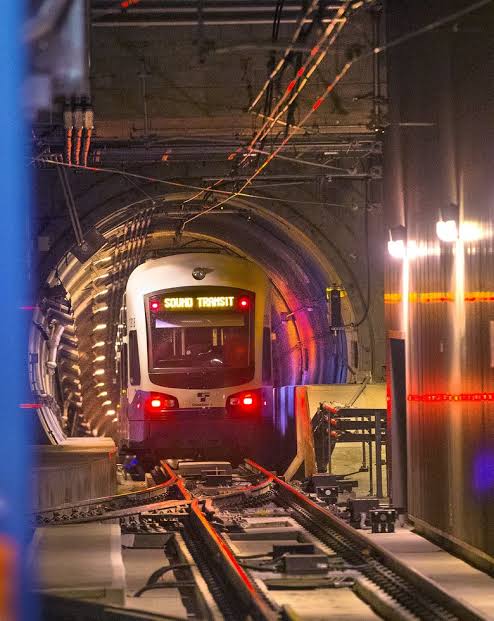 Do you have a favourite commute? Share it with us!

Do you have a current Wellington favourite? Or a fond memory from another metropolis?