Playing with the Possibilities

Wellington kids have access to great playgrounds, with a brand new one about to be built for kids in the south. All the talk of new and improved play spaces has us pondering playground possibilities. 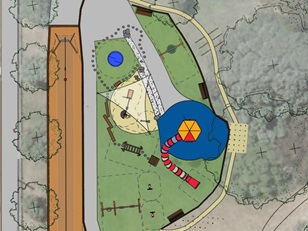 The children of Berhampore and Island Bay are getting excited. Wellington City Council has unveiled a new playground design for Wakefield Park – that wonderful spacious patch of green sprawling between the skate park and kids’ bike track, at the boundary between these large southern ‘burbs. With the tall trees and rolling hills it’s already a great unstructured play area. There’s even an old fashioned rope swing up on a hill that has been there for years. It’s great to see a new exciting play space about to be built – especially as the Council’s plan to create the biggest ‘destination playground’ of them all – extending the current Frank Kitt’s Park playground – is still uncertain after High Court hold-ups. Plus, Porirua’s fancy makeover and playground is still in the works. 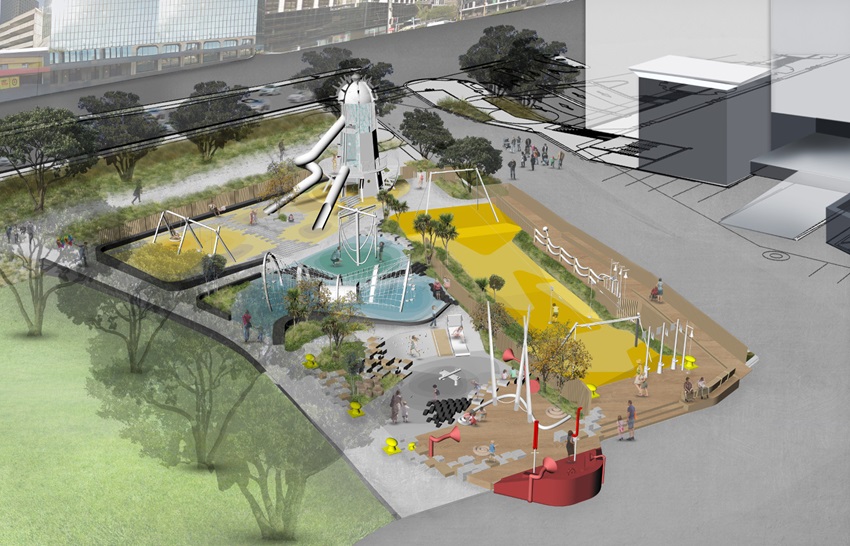 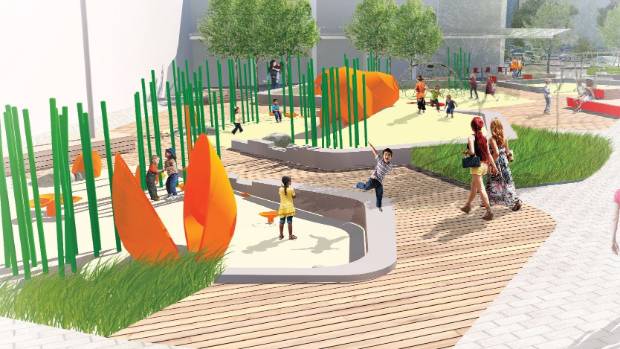 The Wakefield Park playground was designed after the Council asked local kids to help them generate ideas. While puddles of porridge and zombie arms haven’t made the final design, a long flying fox and massive slide are in there. If your own kids or your mokopuna live in the area check out the plan and send in feedback by 7 September to:
https://wellington.govt.nz/recreation/stuff-for-kids/play-areas/new-play-areas

Excitement!
“I can’t wait. The flying fox looks awesome!” a lanky kid shared his views with us after a quick look at the poster in Wakefield Park on Saturday, before loping off after his 10-year-old IBFC team to grab sticks for traditional boy-gang play under the trees. 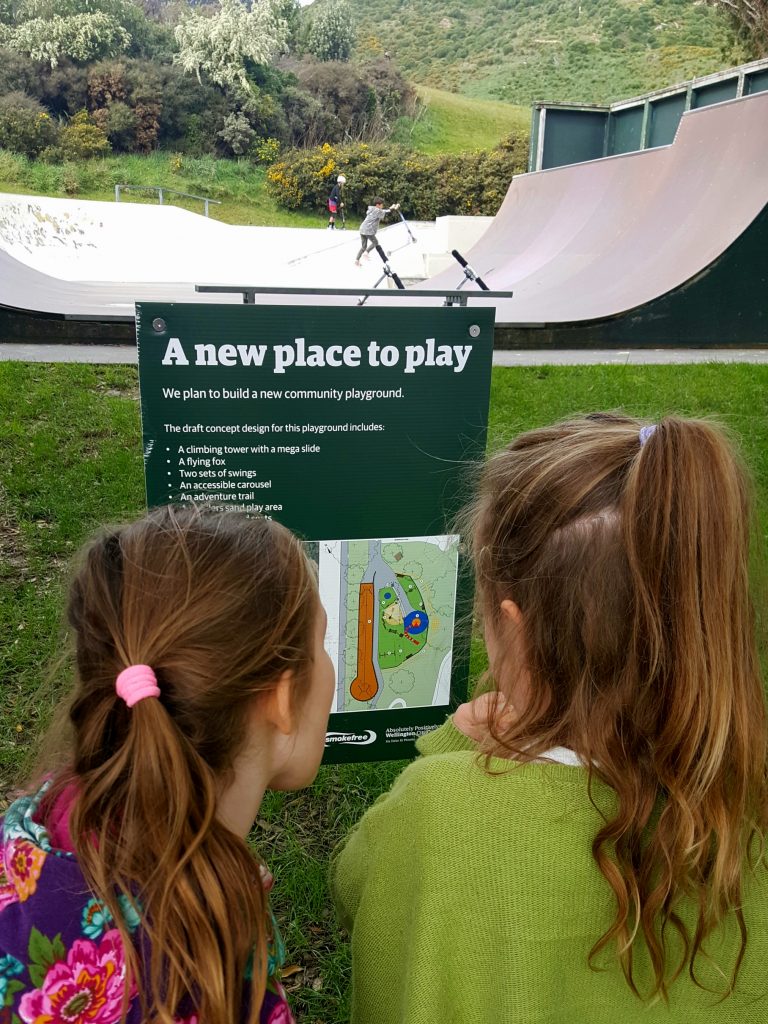 Ooh – a new playground is coming! 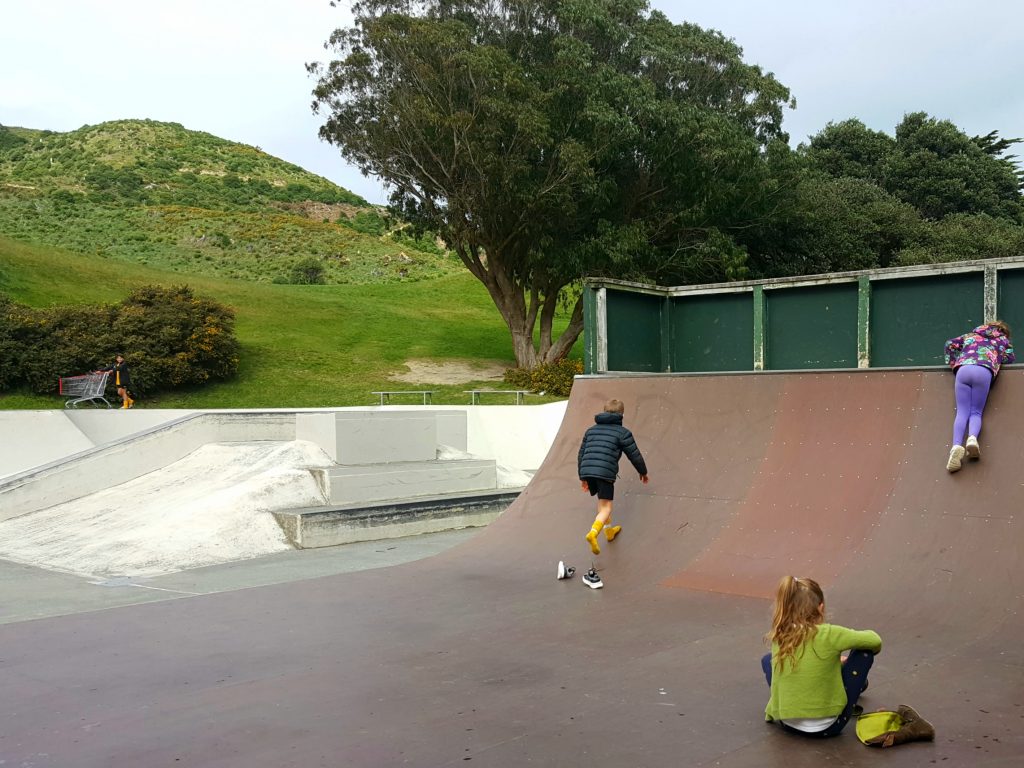 With many families living in the nearby apartments and tightly packed units of Berhampore, the new playground will be an incentive to get local children upping their daily dose of physical or outdoor play. A new pedestrian crossing is proposed for safe passage across busy Adelaide Road. How about some bike stands? Would come in handy on either side of the road – as kids stop for a play on the way home from South Wellington Intermediate, or bike to warm-up on the way to their football game in the weekend (the warm-up that frees-up the streets).
The Council plan to replace the existing low fence (which is really non-existent for any pre-schooler with decent climbing skills) edging the green grassy park. It’s not clear if the Council intend to add a toddler-proof fenced area to the playground – often sought after by tired parents to release their energetic youngsters while they relax with one eye open. Many current playgrounds are only fenced on 2 or 3 sides – not ideal for keeping those prone to run contained!
If you think that a fenced toddler section should be included at Wakefield Park to keep your youngsters reined in (it is right next to a busy section of Adelaide Road) – then let WCC know! playarea@wcc.govt.nz
If fencing ‘em in is important for your sanity as a parent or caregiver, check out Kiwi Play Safe.

And, what about the universal need, for all ages. The dash for a loo! The nearest public toilet is across the (busy) road, next to the IBFC building. However locals report that it’s often locked! Many a parent and child have resorted to a mad dash behind the bushes near a park during the toilet training years.

If you’re a Berhampore or Island Bay local and see the current loo locked during the day, let your local Councillor know! She says that getting that public toilet unlocked was top of her to-do list once elected to Council. 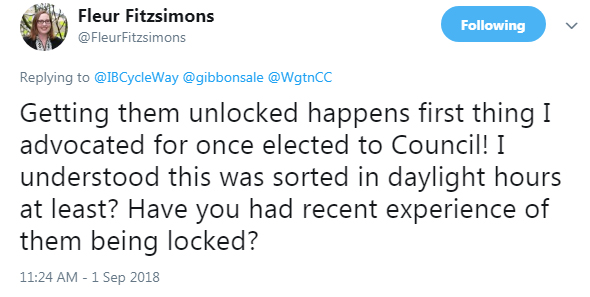 The local Councillor cares about loos, too

If you think the new playground will need a public loo, close by for toddlers too, please tell the Council, do!

Adventure!
The new Wakefield Park playground also has an adventure trail sketched in – looping up around the back of the structured playground – although no details of what this will include. Access to more nature play elements is something the WCC aims to improve in Wellington’s parks – spelling this out in it’s renewed Play Spaces Policy in 2017. Matairangi Nature Trail on Mt Victoria is a fantastic example of landscaping of natural play areas on a large scale. Free play in green open spaces is both desirable to kids and is known to be important for child development. 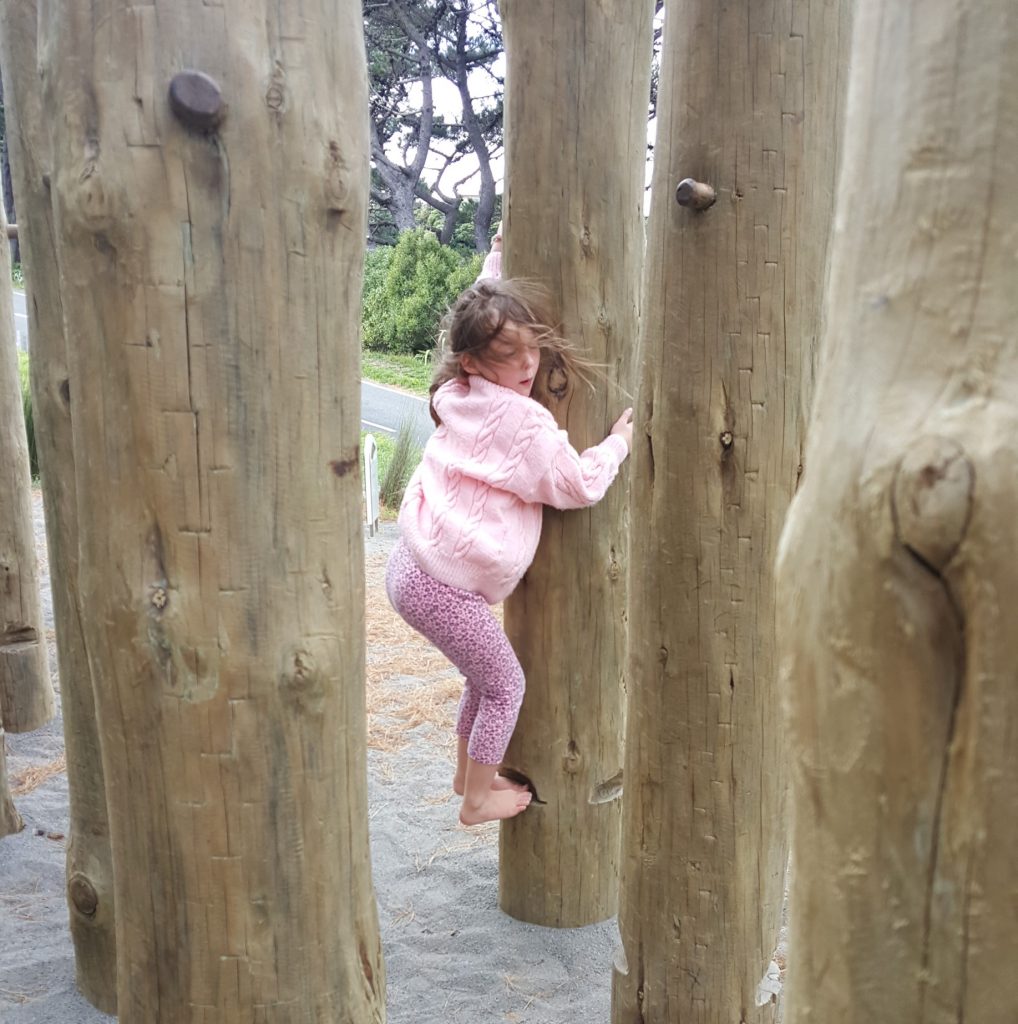 Stilt walking taken up a notch at Matairangi

In the WCC’s own 2016 panel survey young people would choose a more natural “free play” type play space over traditional “swings and slides” about 50 percent of the time. Wellington Playcentres Chris Montgomerie, an outdoor play space design expert with knowledge of nature play and child development, said in 2017 “We were pleased to be able to support the WCC’s Draft Policy at the recent oral submissions, but did make a plea to look at the planting around play areas when undertaking the regular review and replacement of play areas. In our experience, the two elements can’t be done by different departments as each will enhance the other.”

Make sure you have your say on what you want the play area to look like:

You have until September 7th! Get on it!

Further Reading
This English report on the importance of play spaces and training urban planners to consider them.
This article from rollercoaster.ie by psychologist Dr Malie Coyne about playgrounds and their positive impact on a child’s development.

Planning for play CC by WCC

Mucking around and stilt walking CC by Alexandra MacGibbon