The Kingdom of the Machines

If you could ask an alien looking down at Wellington from outer space (via a translator, obviously), “which things here are in charge of this place?” what do you think they’d answer?

They’d answer “those solid boxes that move on four rotating things, faster than most other things, making a loud rumbling noise and exuding carbon-based gases”.

What gets most of the space? What does everything else defer to? Who has to wait and ask permission to go? Who bears the burden of being careful and preventing someone getting hurt?

Wellingtonians are famous for ‘jaywalking’ – people on foot (or at least the able-bodied with strong nerves) being willing to Enter The Domain Of Cars, when they’re supposed to wait patiently on the footpath til the lights say “you’re allowed to go now”.

But the rest of the time, it feels like we’ve no mandate to use most of our city space.  Once we’re in a car – canned humans, not fresh humans – the streets make sense. But as soon as we step out of a car, it feels… 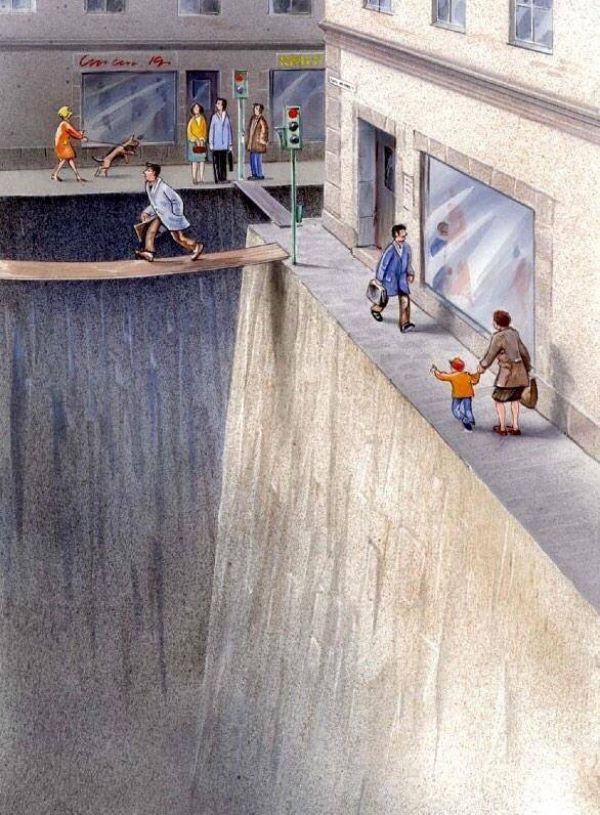 Here are some pictures of places that make our readers feel like Karl Jilg’s famous picture above. 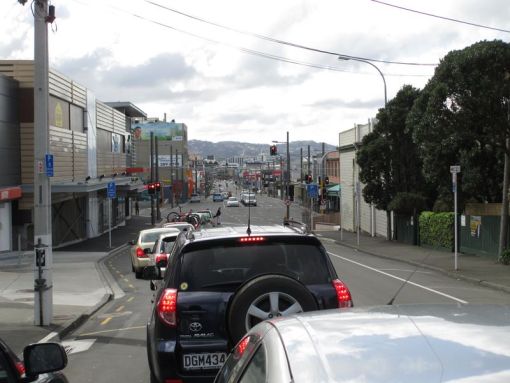 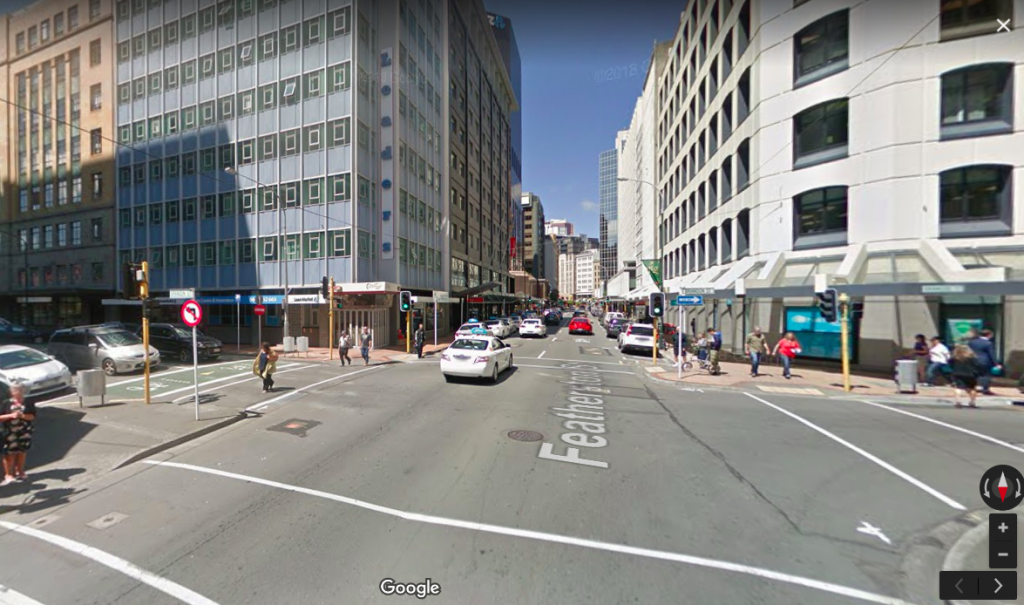 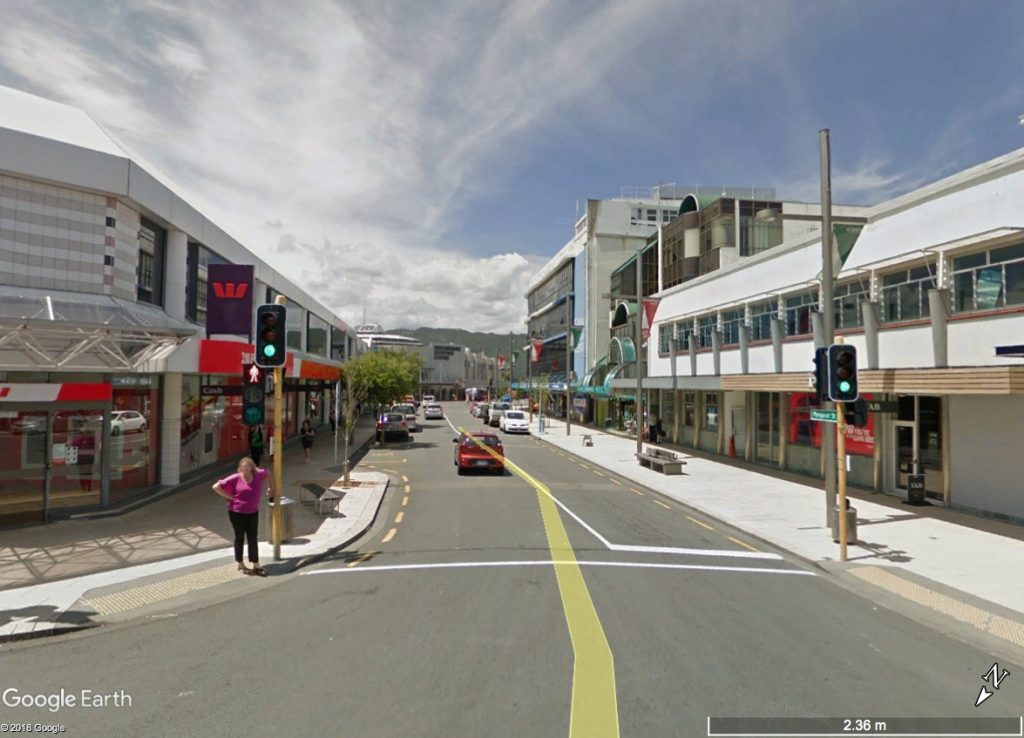 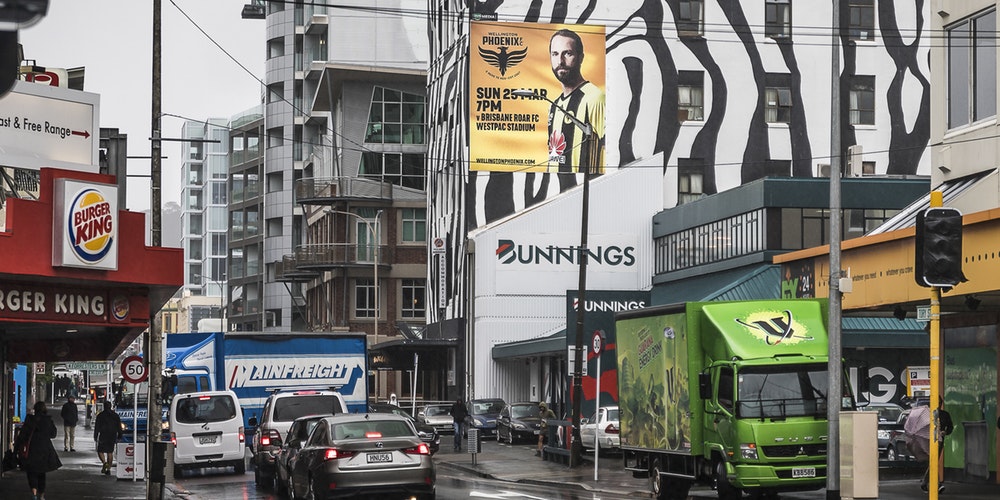 How did the street make you feel when you stepped out on it today?

On October 28 for a few hours there’s a chance to experience some Wellington city streets “open to people”.  What will it feel like on the street then?