Welcome back to weekend reading!  Today’s food for thought: as Waitangi Day approaches, what it means to be there. And as we enjoy the beach and envy coastal homeowners, a worrying discovery about how ministers have been dealing with sea level rise…

“Being there is everything”: going to Waitangi

From the other end of the Fish of Maui – up at Waitangi: some thoughts from political commentator Annabelle Lee on why it matters for prime ministers to go to Waitangi for Waitangi Day celebrations.  (Hat tip to Air NZ for nicking their old slogan.)

While politicians and mainstream media would have you believe that Waitangi is merely a dildo/mud-slinging contest, that’s actually not the case. From waka paddlers to kura kaupapa kids, Māori rights advocates to ringawera who feed the masses, every year thousands of Māori make the pilgrimage to celebrate, commemorate and to challenge.

As the Auzzies are experiencing with Australia Day, national days cause us to have – or not have – important conversations with ourselves and each other about who we are.  Especially the collective “we” – our social identity as a nation, as cultures.

Unlike Australia though, we have a document that’s effectively our Magna Carta – the Treaty of Waitangi – so that place up in the Coromandel is naturally the place where debate focuses.

The sea around Aotearoa  is rising.  How fast, and what it means for where we put houses, is complex, confusing and conflict-ridden – and the stakes are really high.   Councils NZ wide are struggling – and we don’t envy their task. 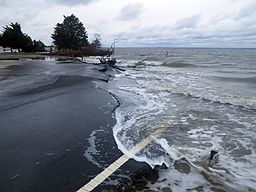 What’s not helped is the government’s long and inexplicable delay in releasing guidance to councils so they can actually use it in saying where it’s OK to build your coastal house.    After more than a year,  It was finally released by the new Climate Minister in December – after a key sea level test was removed for large housing developments. Eloise Gibson reports on Newsroom’s investigation – and it’s grim reading.