Wellington’s had pretty decent public transport for a long time, but our aspirations for the services had plateaued at “pretty OK”.  Is this changing?

It’s been an interesting year or so for public transport.

With a new government directing public spending to a stronger balance between public transport, active transport and private car / freight, you’d have thought Wellington would seize the opportunity step up its transport game and get lots more of the good efficient stuff. 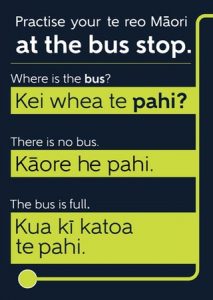 “Bustastrophe” happened and … well, it’s hopefully prompted some voter turnout in the coming election so councillors with terrible attitudes will go, and those who’ve (comparatively) shone will be rewarded.

But it’s hard to see if there’s been any change in Wellingtonians’ overall attitudes to public transport.

Or has the unreliability turned people off bussing for longer?

Meanwhile, train commuters felt a bit smug (or lucky) compared to our poor bussing friends.  Kiwirail’s  huge maintenance and upgrade programme – going for well over a decade now since the government bought the infrastructure back – has hardened train commuters to a small but regular dose of bus replacements and the attendant slowness and randomness.

Then the new timetabling last year brought in (slightly) more frequent services, and more of ’em, and we felt a big smugger. Just a little.

Then it all started coming apart a bit.  New services declared cancelled for weeks on end, with no proper reasons.  Frequent unscheduled cancellations due to “staff availability”.  Signal problems. Overhead problems. Lack of rolling stock. 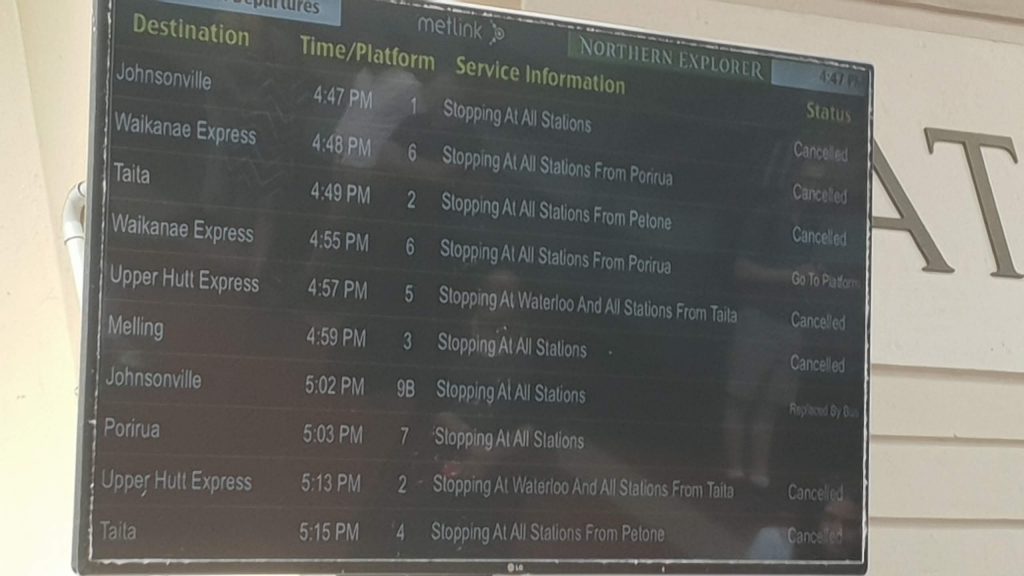 Sure, there was no dramatic system-wide shutdown like Auckland (our last big one was the 2015 storm ) but at least Auckland got an apology from Kiwirail. and from the Mayor.

There’s been echoing silence from the powers that be in Wellington for even the exceptional disruptions to train commuters.

And, more worrying, there’s no acknowledgement that this isn’t how it should be. Has the rest of the complex ecosystem delivering our train services been infected by the arrogant complacency at the top?  (Revealed in Regional Council Chair Chris Laidlaw’s epically revealing statement that “we wouldn’t do anything differently” around the bustastrophe, and less dramatically in Barbara Donaldson’s silence (as Scoop notes, “seldom talking about the bustastrophe which she has overseen“.)

Even if the ecosystem hasn’t been infected by the same disease as the top animals, the consistent background gnashing of errors suggests some pretty elementary things aren’t being done at operational management level.  As Dave Armstrong wonders,

But what has bothered me over the last few weeks is the number of train services cancelled, reduced or replaced by buses because of “staff availability”. Didn’t Transdev​ Wellington, which runs the trains, win the contract because it put in a superior bid to KiwiRail? Yet this multinational company can’t even provide enough staff to service the contract they won. Why not?

He speculates what could be causing this elementary aspect of a service to be so hard for TransDev, but then asks a good question: aren’t they incentivised not to be so crap?

I suspect what happened is that Transdev, like our bus companies, deploys as few extra staff as possible in order to keep costs down. When someone is sick or unexpectedly absent it’s cheaper just to cancel or downgrade a service. If I’m wrong, I would love to be corrected.

So surely Transdev must pay some whacking big penalties if it cancels a service? Our bus companies do now, but it would depend on Transdev’s contract. Previously bus companies didn’t pay a penalty but lost their fee. I suspect it’s the same with Transdev.

But even if they did pay a penalty, we wouldn’t know how much because, according to the Greg Campbell, chief executive of GWRC – such information is “commercially sensitive”.

There’s sure to be no silver bullet.  The issues are probably different for trains, given how their  asset vs operations arrangements are different again from buses. If nothing else, “there’s multiple reasons for the problems” is probably true for trains – as it was for buses [PDF].

But it feels like – for buses and trains alike – despite ongoing maintenance and gradual improvement, the background (or foreground) gnashing of errors is crushing down our once-proud public transport spirit.

Punitive “destroy GWRC!” “restructure them all!” comments (mostly in the comments) are both stupid and a dime a dozen.

But is one contributing factor perhaps that Wellington’s structures for providing public transport are simply too complex for regular humans?

With more transaction costs surely there comes a point where there’s simply too much scope for loss in translation, for poorly-configured roles and responsibilities, for carrots and sticks to become “floppy elongated things” rather than affecting performance.

So could we remove one source of confusion, poor strategic management, right-hand-left-hand disconnection and general transaction-costliness,simplifying who owns and runs what? Wouldn’t that help?

And if it would help, would it be worth the effort?  Other towns have similar “multiple bits of local government and CCO” arrangements to us – Christchurch for one.  Auckland Transport’s one-stop-transport-shop can be a pretty intractable beast but in terms of getting people the public transport service they need, when they need it, it seems they’re on a strong trajectory of improvement.

Regardless of whether patrons are rioting in the streets for it or just sighing with resignation, we absolutely need to look at all the ways to make this stuff work better.

It’s our public transport. And it’s quietly, insidiously failing us the public.

11 comments on “Are Wellington public transport users waking up?”