Found in the mists of time: your latest “Whatever happened with…”

Our attention span is notoriously toddlerish, thanks in part to the hysteria-inducing qualities of social media plus “trending = news” from traditional media.  Talk Wellington is happy to bring you the latest edition of Whatever happened with… updates on things we cared about once but actually still do!

Last year Wellington City Council did some good engagement, asking Us The Public what we want to see from new-greenfields places to live.  Talk Wellington had three posts on this – Steb in the Dark, Opportunity down the drain? and Option Adoption!

We know a few people who not only read them but were inspired to put in submissions.  Tino pai!

So what’s the latest?

It’s all now On Hold.

The project page has much the same text as was sent in an apologetic email to submitters. It seems there was a burst of rage amongst submissions about the “transport options” – which we gather was the main Stebbings connector road coming down into a (for now) quiet cul-de-sac in Tawa.

Interesting that transport and, let’s be honest, a bit of road-NIMBYism has brought this about. Hopefully the messages about “do right by the water” and “build a community not another unwalkable dormitory suburb” have also been heard!

The fact that Wellington’s Deputy Mayor Jill Day lives nearby can’t have hurt; there’s nothing like having a chat with your councillor in the local dairy to bring your constituent views home to them (literally!) 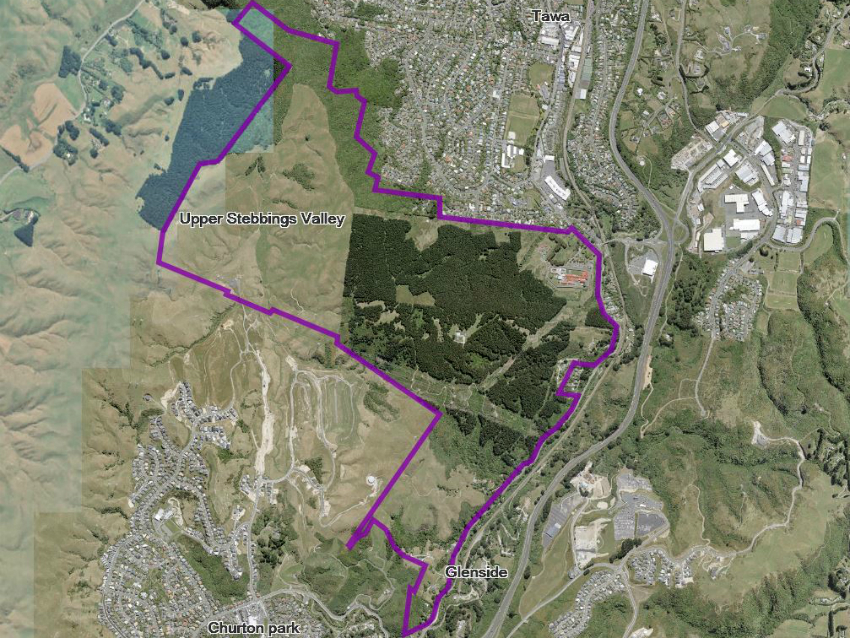 Remember, it’s local body elections this year.  It’s worth being able to recognise your local councillors by face, and to whip out your One Thing You Want Them To Remember.  They try hard to be out and about and be seen to be listening to constituents and that’s you!

Porirua’s Growth Strategy is now out for consultation and they need to get residential development much righter.  Historically the council have believed so deeply “must … get… more… rates” (never mind the elementary public finance concepts of how rates should work) that they’ve saddled themselves with some real lemon developments. Runoff, wastewater, traffic-inducing, socially isolating.

Late last year, another person killed another kid using a car, in the kid’s home neighbourhood. This time there was an unusually pronounced surge of public attention (including some disgusting stuff).  It was probably because the alleged perp’s considerable social media self-awareness didn’t have much of a moral compass – and it highlighted how flippantly we are, collectively, about killing people with our cars.

“Slow down to live better – and just live” was our plea as we all drove into the holidays.

Officials are plugging away but there’s lots of organisational hard-wiring for “move the vehicles as briskly as possible as much of the time as possible” versus next to none (yet) for “first do no harm“.

There’s a crunch point in all this.

The evidence is absolutely unequivocal, and officials are unequivocal (even as the hard-wiring situation makes it hard for them to prioritise safety). 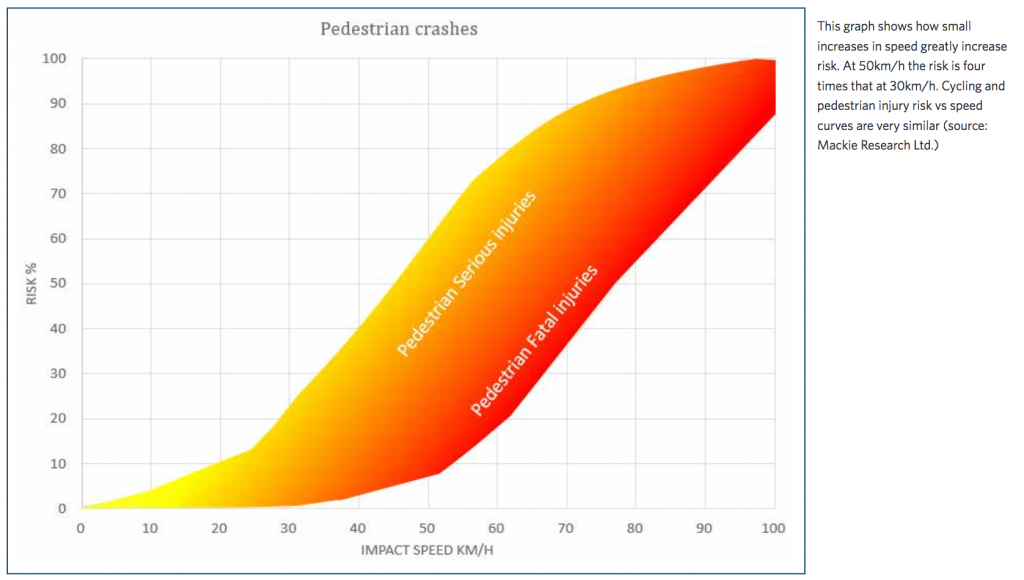 Yet the noisiest Public – including advocacy groups’ membership – are all like “The hell you will – outta my cold dead hands!”

Ultimately politicians have to lead.  We’ve seen 50km and 100km (read: 59km and whatever-I-can-get-away-with) as our Entitlements for too long to be sensible about this.

Get your civic on!  It’s your politicians, claiming to speak for you, who are holding things back.

Tell your local wannabe and current councillors that you support human-friendly speeds for your local streets – especially those that should be places (destinations) and support people, out of vehicles, doing people stuff.  (Like crossing roads, cycling home, standing on the footpath chatting, going shopping.)

Tell your fellow locals to dial back the outrage – yea, even support – speed limit reductions to this.  Especially ones that actually work, like self-explaining roads  – don’t just slap on a different sign.