We round up the drama of last week’s bus changes.

Our ‘safe bet’ last week that the new era of busing around Wellington would cause some fireworks was predictably proved true.

As the days of the week passed, some of the skyrockets and crackers going off included:

Tuesday – Set against a wave of complaints flooding social media, Greater Wellington Regional Council was asking bus commuters to persevere to give Metlink time to iron out problems in the new network. According to comments attributed by the DomPost to Greater Wellington Regional Council (GWRC) public transport general manager Wayne Hastie an upside was that the number of “missing trips” was within “normal operating parameters”, while it was acknowledged there had been an increase in “late-running services”.

Wednesday – As well as headlining passenger concerns about the neon blue in the city’s new fleet of buses, the DomPost conveyed more “social media venting”. It also carried a confirmation from Metlink that one driver had driven a double-decker bus up Ngaio Gorge instead of Ngauranga Gorge and that the bus had scraped power lines. The GWRC response remained that things would improve as the public (and drivers) became more familiar with new routes and timetables.

Also on Wednesday, The Spinoff ran a damning piece from Wellington contributing writer Danyl Mclauchlan titled ‘The Wellington bus network is melting down and commuters are losing their shit‘.

Mclauchlan: “Many of us build our routines around public transport, so when it changes we react with anger and fear. There’s no avoiding that. And massive change like this, change that sweeps away our understanding of how to navigate around our own city, will always provoke a backlash”.

Thursday – The Cook Strait News WORD on the Street section featured six local soundbites from Mt Cook, Hataitai, Kilbirnie, Newtown and Berhampore – capturing four negative experiences and two ‘wait and see’ judgements. In an accompanying story, reporter Jamie Adams highlighted the concerns of off-peak commuters about fewer buses and more bus hopping. Mr Hastie again gave assurances that issues will be fixed and that the switchover to new Snapper terminals appeared to have been successful. 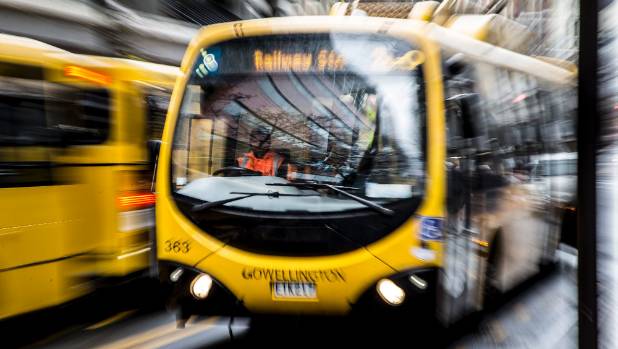 Will the wheels keep turning?

Friday – Evidence of the ongoing tensions that are ramping up between the Tramways Union – representing bus drivers – and bus operator Tranzit/ tranzurban were apparent from the front page DomPost headline: Union says bus rosters illegal’. Information put out by both sides of this simmering industrial dispute during the week included:

The first boil-over is going to be the notice given that dozens of Hutt Valley bus drivers employed by Tranzit will strike today, as covered by TVNZ at the weekend.

For now the wheels on the buses will keep going round, and round, and as signalled by DomPost journalist Jared Nicoll, the next “acid test” for the new services starts today when students return to school for term three.

Talk Welly told you so