The elephant of hard choices

This year’s window has closed for having our say on Let’s Get Wellington Moving.   Guest author Roger Boulter calls out the elephant in the room that’s now going to get bigger.

Let’s Get Wellington Moving has an elephant in the room: how we choose between people’s conflicting needs.

We may want to dodge this because it’s difficult (someone loses out in favour of someone else) and because there’s no ‘objective’ process behind which we can hide.

Conventional, ‘classic’ transport planner-engineers may work for traffic flow efficiency and safety, relying on sophisticated technical models to indicate this.

Others see heavy or light rail as the key to ‘Get Welly Moving’, and for still others, a network of separated cycleways may seem to do the trick.

The choices are political, not technical (whether we like that or not, and probably we’d rather not).  If we do nothing, the choice gets made, by default, according to the balance of power between the competing interests (that’s politics).

We may try to dodge the hard choices by trying to appease each interest with ‘a bit of everything’, and use vague phrases like “providing for all forms of transport”; when really we expect everything else to be subservient to our particular favoured type of solution (take your pick from ‘all of the above’).

SH1 is being built up in stages, and alongside this we have improved commuter rail.  The easier drive into town undermines the rail service’s attractiveness and viability, which means it still doesn’t match the quality seen in public transport overseas.  The road still suffers congestion, because the rail service isn’t quite good enough to attract the extra trips generated. 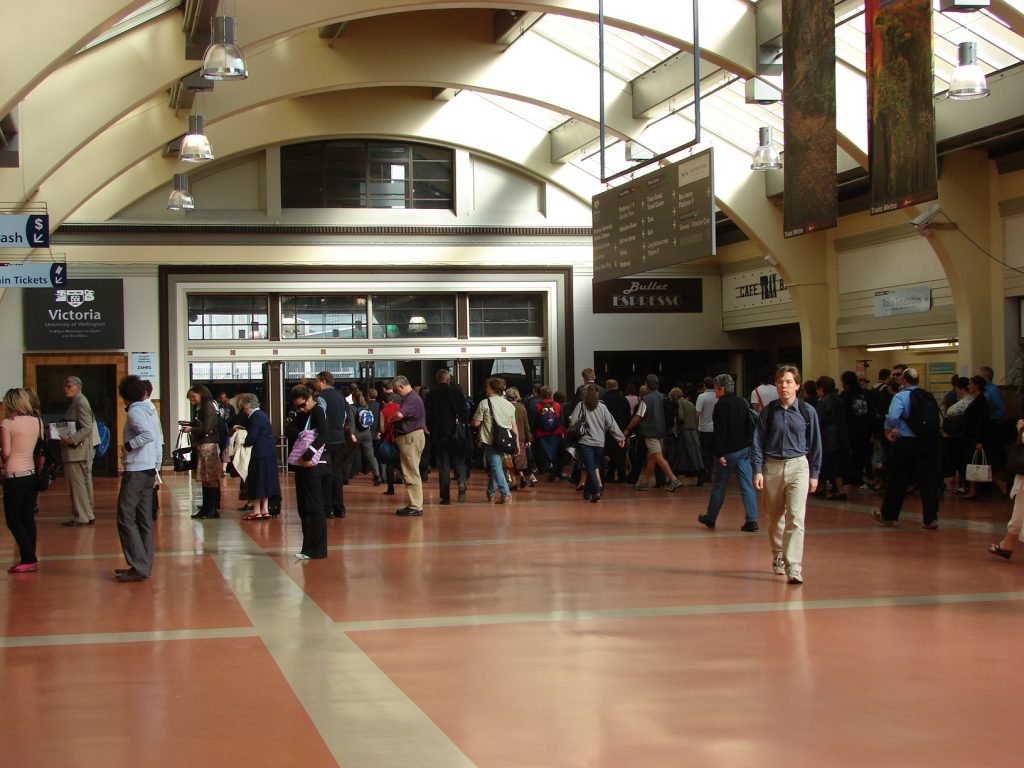 Traffic efficiency is hindered by intersections. Roundabouts’ steady, smooth flow is most efficient, and the similar speed and nature of their traffic movements minimises motor-vehicle-to-motor-vehicle collisions.  They’re awful for cyclists and people on foot, though, so we may use traffic signals instead.  Across a whole road network, co-ordination of signal phasing and timings can still give reasonably efficient motor traffic – but is still awful for ‘walkability’ because of lots of long wait times (not to mention unpleasant traffic noise and fumes).  Urban designers will tell you that a city inviting for walking attracts people (because it’s a nice place to be) who then spend money – so it’s really good for business (maybe we should call our exercise ‘Get Welly Prospering’?).

Cities have always existed to bring large numbers of people to interact together in an intensively-used limited geographical area (economists call it “agglomeration benefits”).  So is not a walkable environment more important than driving to the airport as quickly as possible?

Rail passengers don’t have a car either parked or available for use during the day (which frees up prime-value space), so should we prioritise rail into the city, and light rail within the city, over and above road traffic efficiency?

Some local Councils, to try to resolve these hard choices, have adopted a ‘road user hierarchy’ policy to prioritise firstly pedestrians, next cyclists, after that public transport, and last of all travel by private car.  Have you even known this actually applied?  Usually people making day-to-day decisions are not those who write policy – so we may still have a problem. 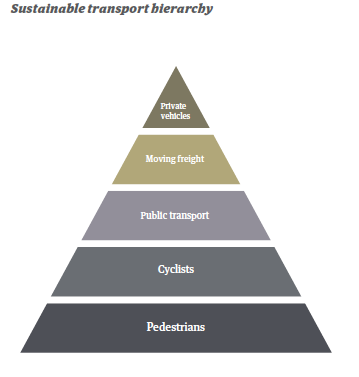 It’s now down to us!

The above are only examples of how the choices could be made.  Now it’s down to us, and especially our leaders.   If we do nothing, or aren’t bold enough, we will be worrying about how to Get Welly Moving for many years to come!